Tuđman, Franjo. Draft of the title page of the book Horrors of War: Historical Reality and Philosophy, in Croatian, 1988. Manuscript 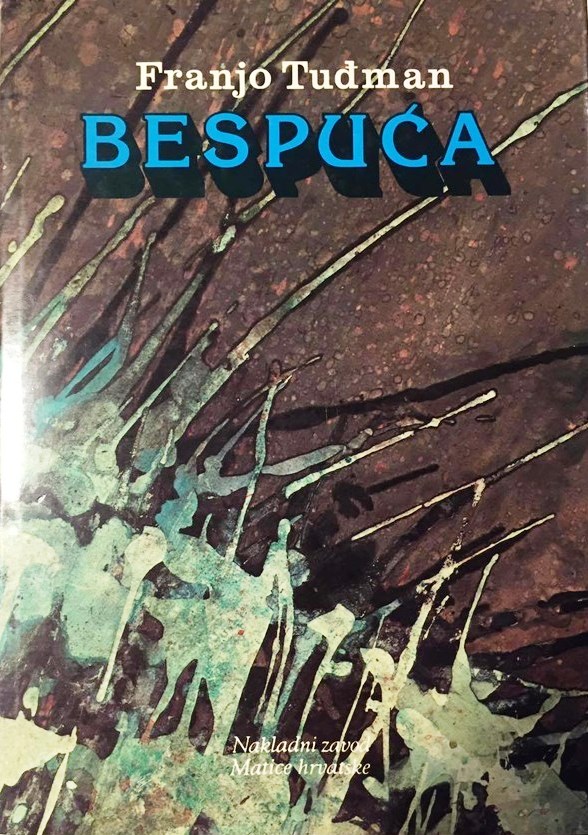 One of the best known books by Franjo Tuđman, Bespuća povijesne zbiljnosti: rasprava o povijesti i filozofiji zlosilja (Horrors of War: Historical Reality and Philosophy) was published in mid-1989, but the manuscript was completed in February 1988. Tuđman unsuccessfully attempted to publish the book in Croatia for a year and a half. Without the approval of the Central Committee of the League of Communists of Croatia, it was difficult to find a publisher who would have the courage to publish the book, which dealt with a topic for which Tuđman had been prosecuted by the regime twice. Finally, Marija Peakić-Mikuljan, director of the Matica hrvatska publishing house, took the risk. But even when the book was printed in June 1989, an order from the top of the communist regime in Croatia came not to distribute it. Nevertheless, the unfolding political situation in 1989, in which the political authority of the League of Communists continually declined, opened the way for its distribution.

The focus of the book is the issue of victims of World War II. Tuđman tried to draw attention to the manipulations and forgeries which tended to multiply the numbers of Serbian victims and accuse the whole Croatian nation as genocidal and criminal (Jareb 2011, 305). Tuđman was one of the first historians who encouraged scholarly research into this problem in the mid-1960s. In the book, he also shows how and why his efforts were impeded, and how he was later marginalised and imprisoned. The book represents an outline of his previous research and papers on the issue of victimhood. Tuđman opposed the so-called Jasenovac myth – the one-sided approach and multiplication of the number of casualties, especially of Serbian victims. Tuđman described the origin of the myth which was, in his view, “used (...) as a direct foundation for the theory of the genocidal character of any expression of Croatian identity” (Tuđman 1989, 120). Tuđman exhibited consistency in fighting against unscholarly approaches and exaggeration of the number of victims because he was also critical of the so-called Bleiburg myth. He rejected similar exaggerations of the number of victims killed by the communist authorities in 1945 (the so-called Bleiburg tragedy) that are popular in the Croatian diaspora.