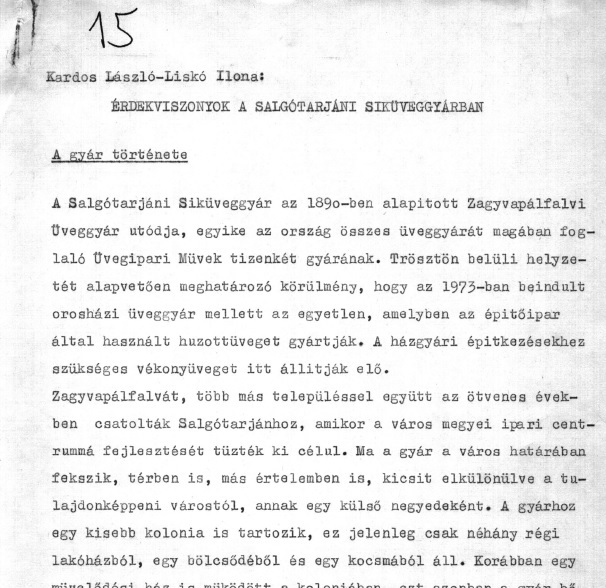 The “Vested Interests in the Flat Glass Factory in Salgótarján,” which is an unpublished work by László Kardos and Ilona Liskó, is based on research done in 1979, when the two authors did interviews with workers in Salgótarján. The text presents a working community which differed for the most part from the official image of the “ideal socialist collective.” The workers endured unpleasant and unhealthy conditions, and many of them drank while on the job. The study also presented the tricks which were used by workers to improve their circumstances, because they had to means of legally asserting their rights. The text is in the Voices of 20th Century Archive under no. 409_1_2.