Marino, Adrian. The life of a lonely man, n.d. Manuscript 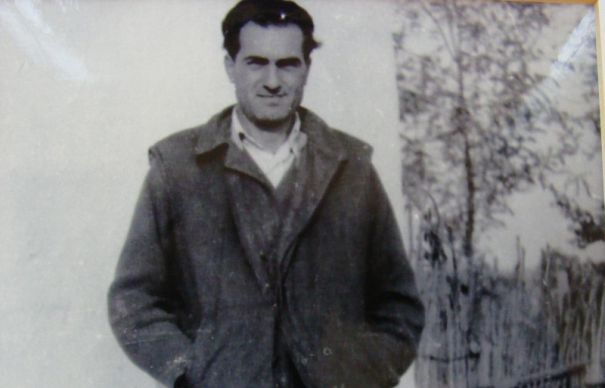 Among the manuscripts of Adrian Marino’s works in his collection, his memoirs entitled Viaţa unui om singur (The life of a lonely man) stand out through the virulent criticism of the Romanian literary life of the period 1964–1989. The manuscript is a printed text, in A4 format, containing 633 pages. The posthumous publication of this volume of memoirs in 2010 generated a heated debate in the Romanian press concerning the relationship of the Romanian intellectuals with the communist regime, which attracted special attention to the case of Marino himself. A first draft of his memoirs, which stopped in 1989, was written between February and December 1993. Dissatisfied with this first draft, Marino rewrote the text in the second half of the 1990s, adding the post-1989 period as well. The author relied on his personal archive, especially the correspondence, to reconstitute in detail events that had taken place decades before. Marino’s memoirs represent – beyond the story of the life of an intellectual under communism – a critical analysis of literary life and of the relationship between the intellectual and the authorities in communist Romania. In this respect, Marino criticises the compromises made by a series of Romanian cultural figures during the communist period, for example, the historian and literary critic George Călinescu, and attempts to explain what he calls the “mass collaboration” of Romanian intellectuals. According to Marino, this phenomenon can be explained by the “total lack of tradition and civic consciousness of the liberal democratic-Western type” of the Romanian intellectuals, who are “structurally, organically, and traditionally conformist and obedient,” all the more so in the communist period, when they depended from an economic point of view “wholly on the State” (Manuscript, 71; Marino 2010, 57). This last aspect of the intellectuals’ economic dependence on the institutions of the communist state was analysed by the American anthropologist Katherine Verdery through the concept of “mechanisms of bureaucratic allocation” (Verdery 1991, 94). The “mechanisms of bureaucratic allocation” of resources and the competition among intellectuals for accessing them represented instruments through which the communist authorities co-opted the intellectuals in order to implement certain cultural policies to legitimate their power (Verdery 1991, 94). Trying to escape this mechanism through which intellectuals were turned into instruments, Marino chose not to work in an official cultural institution, explaining this option in his memoirs: “I was and I remain a ‘free man.’ [...] I owe nothing to the communist regime. I was and I have remained foreign to any idea of ‘social career,’ university, academic, etc. I was and I have remained since my release from prison (1963), a complete freelancer, with no ‘employment record,’ not listed on any ‘payroll,’ etc.” (Manuscript, 309; Marino 2010, 254). Thus, Marino tried to avoid the subordination of his intellectual work to the “official culture” (Manuscript, 309; Marino 2010, 254), by which he meant those cultural products created in accordance with the cultural policies of Ceauşescu’s regime. Instead, Marino claimed to be part of the so-called “alternative culture,” by which he understood those cultural products which did not follow the official guidelines, but escaped censorship. (Manuscript, 309; Marino 2010, 254). In fact, Marino`s books received publishing permission from the censorship authorities, and consequently these books were published by state publishing houses. This means that these cultural products were tolerated by the regime, which never ordered the withdrawal of his published books from bookshops or libraries.