Photos from Independent Demonstrations for Peace, 1983 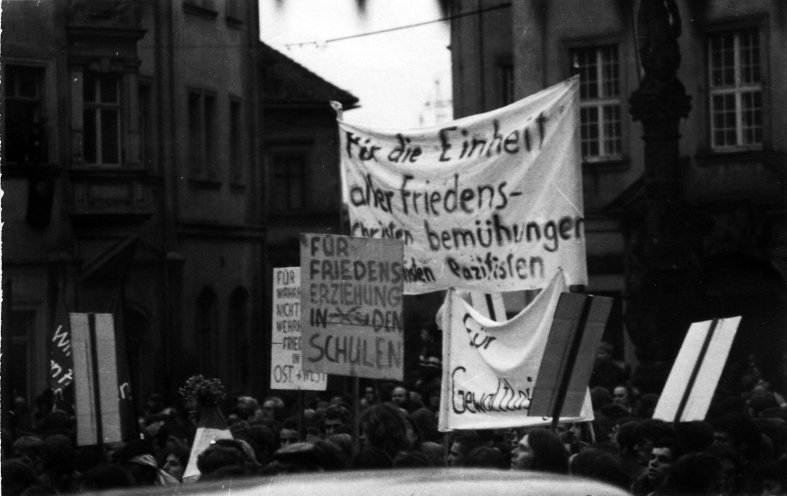 It is little known that self-determined demonstrations took place in the GDR - and visual records, if any, only exist on film made by the Ministry of State Security. The Upper Lusatian Peace Circle as an independent bloc joined an official peace demonstration in Zittau in 1983, making its own demands public. Some of the images produced during the event are preserved in the archive.