Letter from Alenka Bizjak to the editorial board of the magazine Mladina. 11 November 1989. 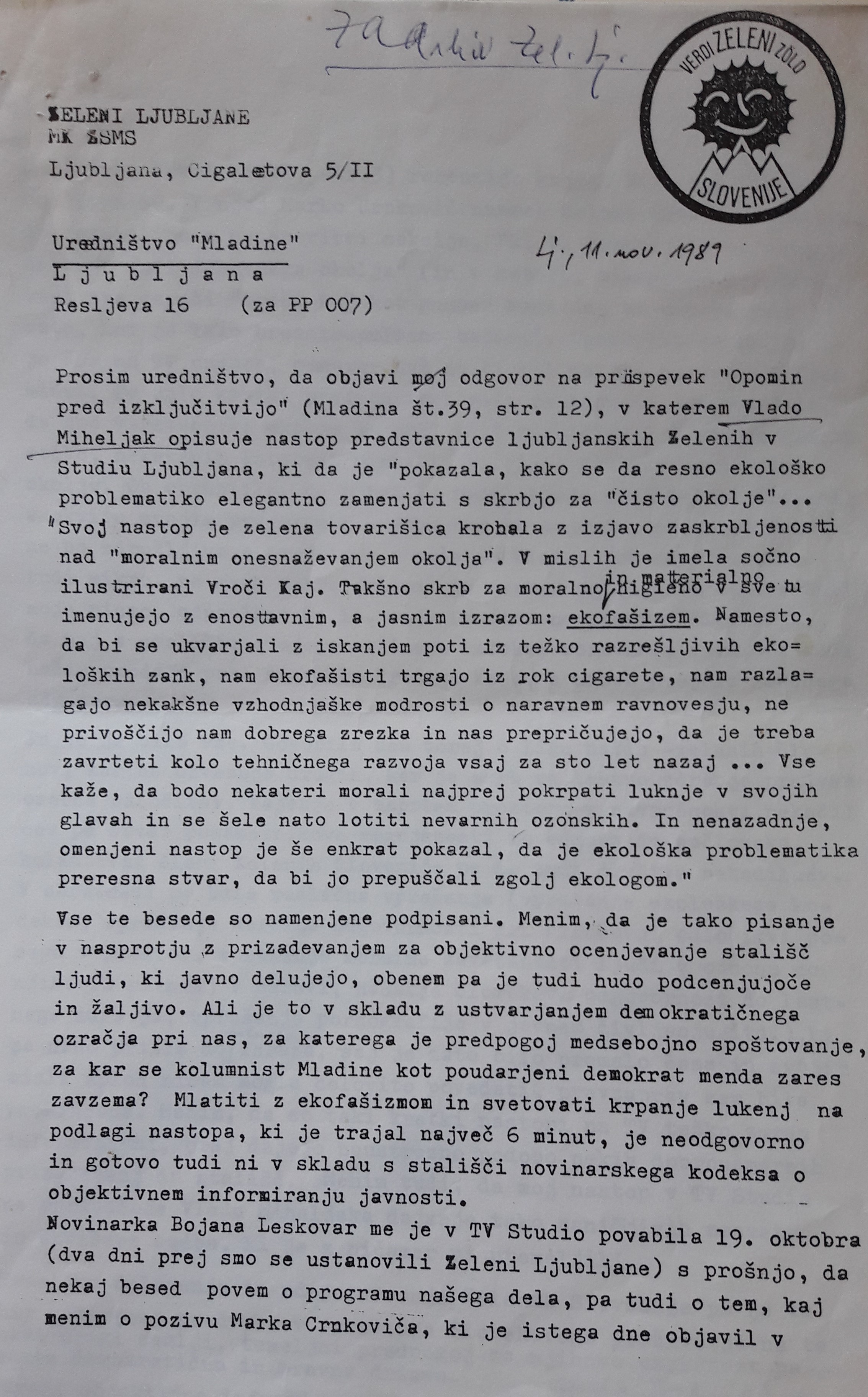 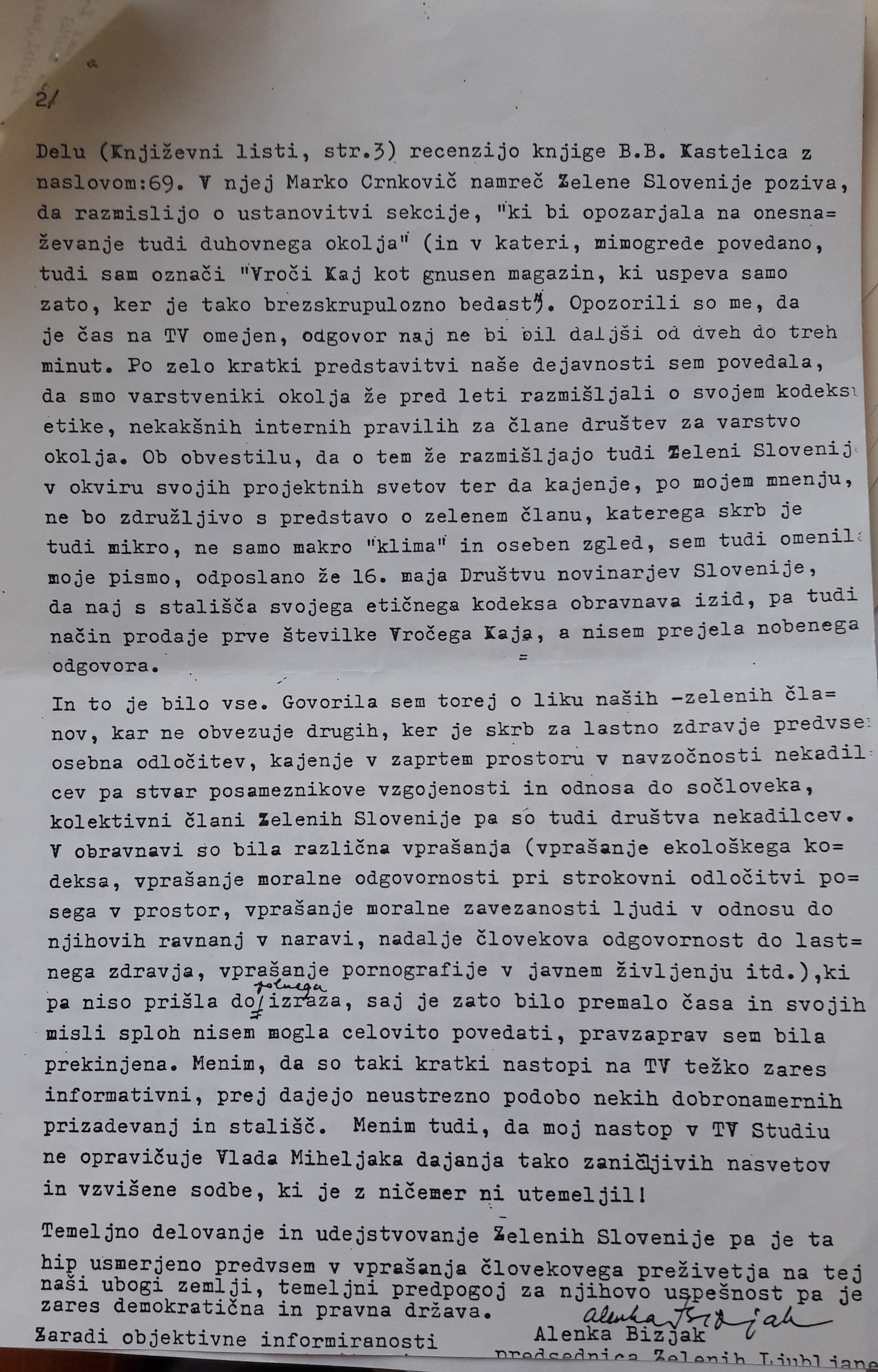 In a letter dated November 11, 1989, Alenka Bizjak addressed the editorial board of Mladina in Ljubljana as a reaction to the article ˝Notice Before Expulsion˝ (Slo. “Opomin pred izključitvijo”) by Vlado Miheljak published in the magazine. In the article, Bizjak and the Greens were accused of "ecofascism." In her letter, Bizjak asked the editorial board of Mladina to publish her response to the charges of "ecofascism" and to the disrespect for the activity of the Greens political party that was founded a few days earlier. Bizjak signed the letter as chairwoman of the Greens of Ljubljana. Bizjak expressed her disagreement with the state of society, which was also manifested in media attacks on the then newly-formed democratic opposition, in the following words: "The basic functioning and engagement of the Greens of Slovenia is primarily directed toward issues of human survival in this poor country of ours and the basic prerequisite for their success is a truly democratic and legal state."