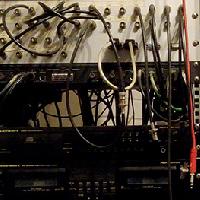 The aim of the C³ video archive is the complete compilation, preservation, cataloguing, archiving and digital transfer of Hungarian video art. Primarily, it was visual artists who began to experiment with this difficult-to-access (due to state control) medium in the second half of the 1970s. Their endeavours were not institutionally supported, with the exception of a few independent workshops. The archive aims to preserve these technologically unstable materials (earlier considered radical approaches to the moving image) in digital format, and, based on research, to make them available in their historical and international context.