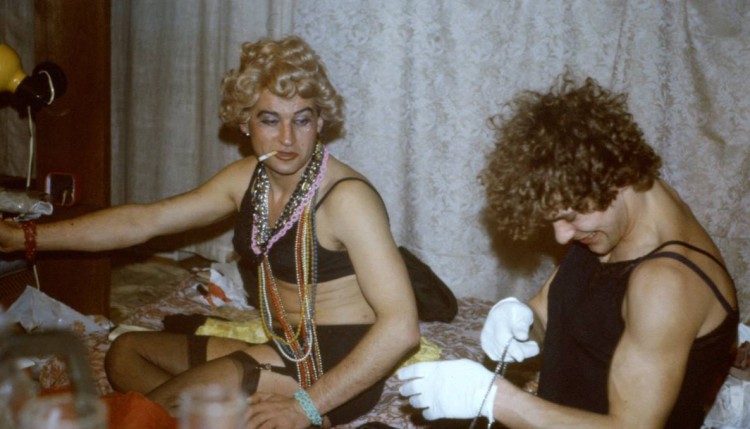 "Le Cabaret Travesti" is one of the photographic series of Ryszard Kisiel. Those archival photos come from the sessions organised by Kisiel and group of his friends in 1985-86, times of anti-gay campaign "Hiacynth". Participants of those sessions created their own world, full of mesmerising alternatives to grey socialist reality. They cross-dressed and played with their gender identity, using humour, irony, and subversion. "Le Cabaret Travesti" is a unique visual testimony of Polish queer and alternative culture.