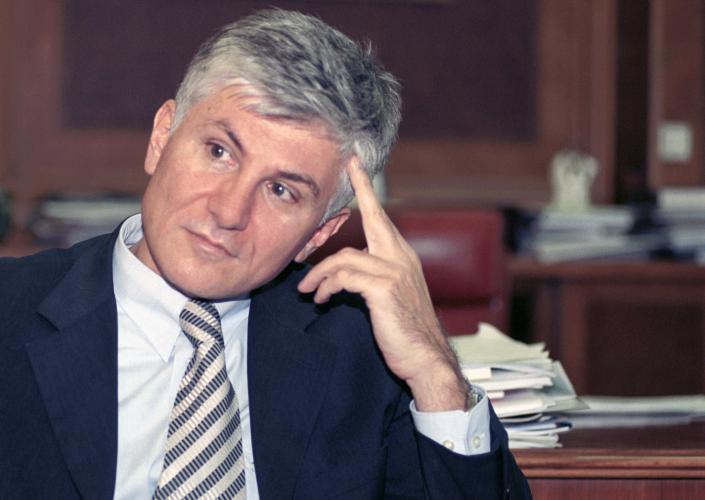 Zoran Đinđić was an intellectual and dissident, who became prime minister of Serbia after the fall of Slobodan Milošević. Đinđić was born in 1952 in Bosanski Šamac (today part of Bosnia and Herzegovina). He grew up in Travnik and Belgrade, where he finished both primary and secondary school. Đinđić’s first conflict with the law happened when, as high school student, he proposed to erase the name of Josip Broz Tito from the Constitution of SFR Yugoslavia. He was taken to the police and his typewriter was taken away.

Fascinated with the Black Wave in Yugoslav cinematography, he wanted to study directing. However, he did not succeed in enrolling at the Academy for Theatre, Film, Radio and Television. He subsequently began studying civil engineering but soon dropped out. Finally, he dedicated himself to philosophy and graduated from the Faculty of Philosophy in Belgrade in 1974. During and immediately after his studies, he was active in the Student Union of the Faculty of Philosophy and in informal groups of the radical left. Because of his engagement at the gathering of students at the Faculty of Philosophy in Ljubljana in 1974, where a draft resolution of a leftist critique of the socio-political conditions in the country was debated, Đinđić was arrested. Six people were put on trial. Đinđić was convicted and sentenced to a year in prison, but never served. Under pressure from the international public, but also due to the agenda of the Yugoslav state to preserve the reputation of Tito, who was at the time a Nobel Peace Prize candidate, none of the six sentenced served time in prison. The conviction, nonetheless, influenced Đinđić’s search for a new job afterwards, and it impacted his decision to leave Yugoslavia at the beginning of 1977, to pursue postgraduate studies in Germany under Jürgen Habermas in Frankfurt.

In 1979, Đinđić obtained his PhD in philosophy at the University of Konstanz, where he subsequently started his academic career. During his stay in Germany, he slowly shifted from radical leftist ideas to ideas of civic democracy, which played a role in his later political engagement. Throughout his stay in Germany, Đinđić followed the situation in Yugoslavia, where he returned in 1990. He became one of the founders of the Democratic Party, the first political party created in Serbia after the introduction of a multiparty system.

During the 1990s, Đinđić was a prominent leader of the opposition, and in 1997, he briefly served as mayor of Belgrade. During the revolution in Serbia, in October 2000, he was the key leader of the opposition. After the fall of Slobodan Milošević, Đinđić became the first democratically elected prime minister of Serbia in 2001. After two years in power, Đinđić was assassinated on March 12, 2003 in front of the building of the Serbian Government.