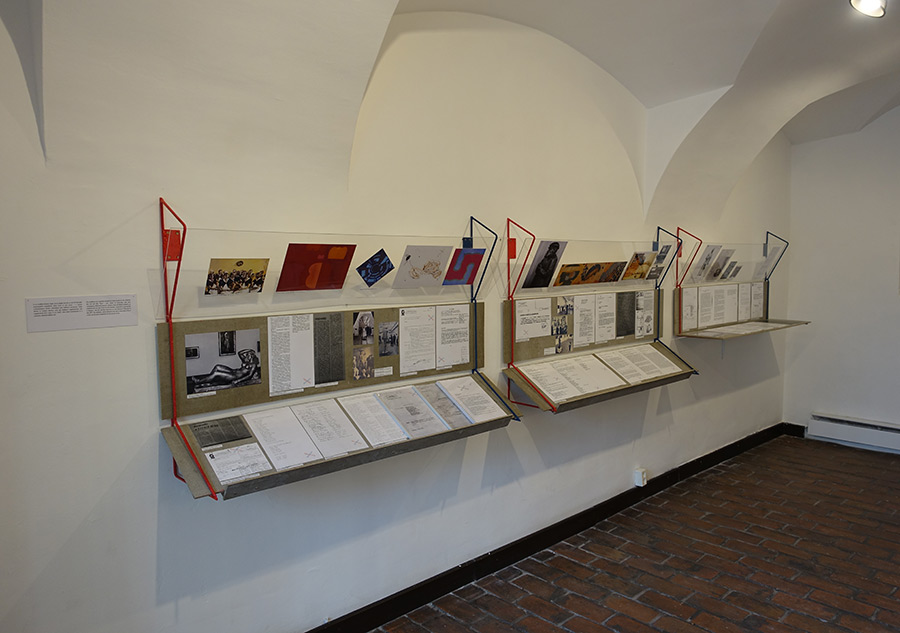 A retrospective exhibition of the Studio of Young Artists

The exhibition surveyed the past and the roles of the Studio of Young Artists from its establishment until the political transformations of 1989. The history of this distinctive institution of the Kádár regime emerged through the presentations of archival material, exhibition documents, publications, posters, photographs, and original artworks.

The first part diaplayed documents of the collective surveys organized in prominent and symbolically important locations beginning in the early 1960s, as well as the solo and smaller group shows organized from the 1970s onwards in the Studio Gallery.

The second half of the exhibition consisted of a selection from the Studio Collection comprised of works created by former members of the organization. The selection on display (organized into thematic sections) focused on forgotten and unfamiliar sounding names and unusual, atypical works, thus casting a fresh glance on this heterogenuous collection, which deserves a better fate.

Although the concept of the exhibition was based on an extensive research period, one of the emphasized goals of the display was to collect further documents and memories. The materials which arrived over the course of the show were continously incorporated into the documentary section and were also added to the online research archive (http://studioarchivum.tumblr.com/).