Chronicle of the Pathological Orchestra of the City of Marianske Lazne, 1980s. Notebook 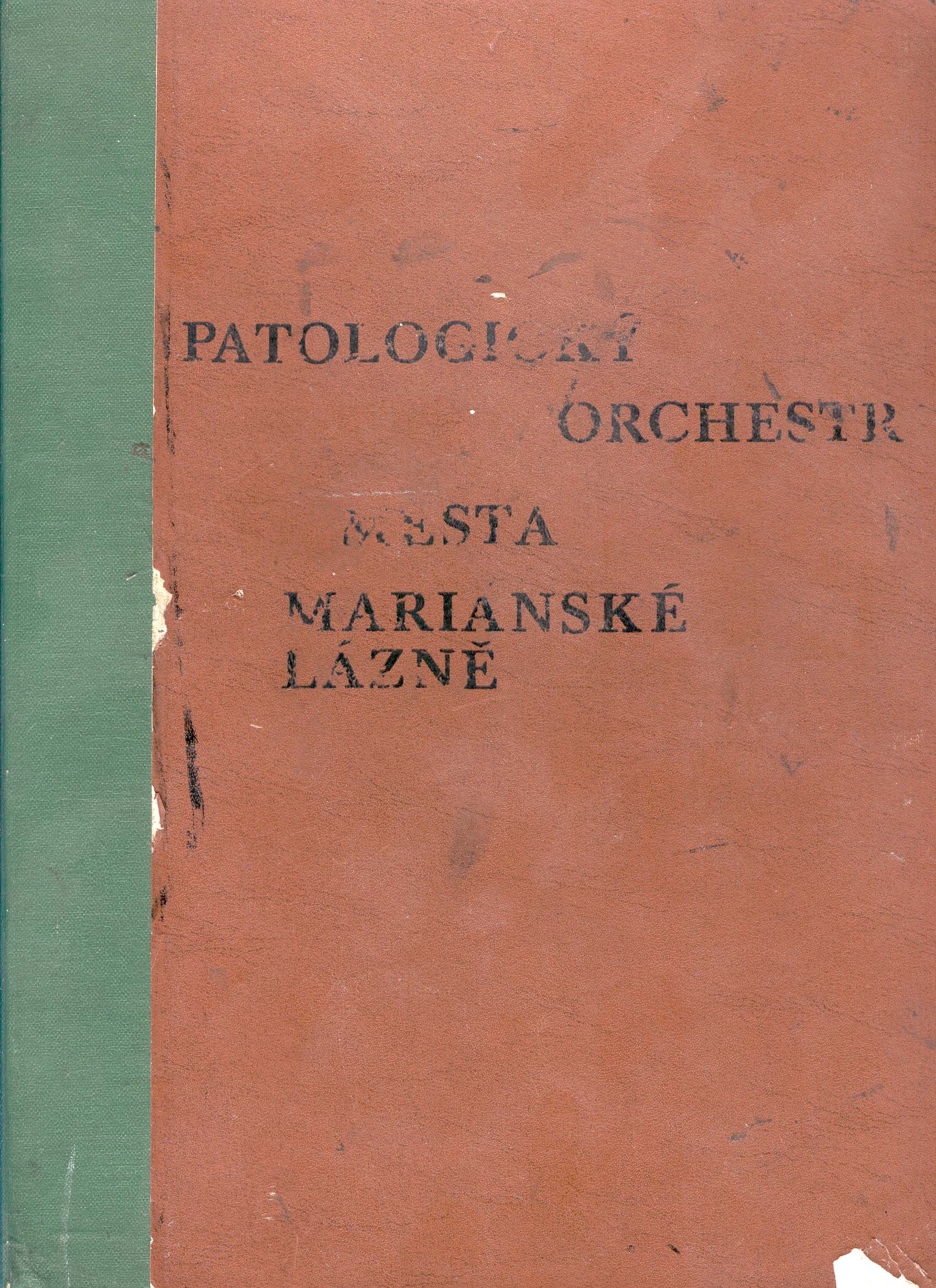 The main underground bands from West Bohemia and Prague started to come and perform at Mraz's farmstead. This led to increased police surveillance and many events were interrupted by police raids. In 1987 Mraz was dispossessed of his property.

Mraz himself also became a bass player in the important underground band, the Pathological Orchestra of the City of Marianske Lazne. The Pathological Orchestra often combined music with art and visual performance. They were influenced by Milan Knižák and his band Aktual. Along with their concerts, the Orchestra and the people connected to them also organized artistic exhibitions and other underground events. The Orchestra were active in the late 1970s and the 1980s and were leading figures of the underground movement in their region. Their music was based on the rock genre but also influenced by dadaism, surrealism, psychedelic and avant garde motifs, as were mostly underground productions.

The subversive work of the Orchestra, Marz's farmstead and the underground movement in general were not intended as a direct attack on the establishment. They were trying to ignore it and to live parallel, autonomous lives in autonomous locations such as Mraz's farmstead, with minimal communication with the establishment and the communist regime. Their stance was not political in the beginning. They were made opponents, politically and socially, by the regime, and that strengthened their subversive potential. They became people who were persecuted and sometimes even imprisoned because they played music and wrote poetry. That was what made establishment actions look absurd and undermine its legitimacy.

This chronicle documents (in several volumes) the activities of the underground community of musicians and artists in Marianske Lazne. Later they adopted the name the Pathological Orchestra of the City of Marianske Lazne. “Mad” poet and artist Jiří Fiala, also known as Fík, exhibited with the Orchestra. Along with the documentation of orchestra activities, lists of concerts and other events, the chronicle also includes a list of sanctions and penalties which the Orchestra faced. The first records refer to artistic events in the mid-seventies and continue to cover underground affairs in the region of Marianske Lazne and West Bohemia. The chronicle combines photographs and written texts, and according to Starek, this chronicle is a unique (in term of both its extent and its contents) source of the history of the Czech underground. The chronicle is accessible online, through Starek’s website. The physical original is in Starek's possession.