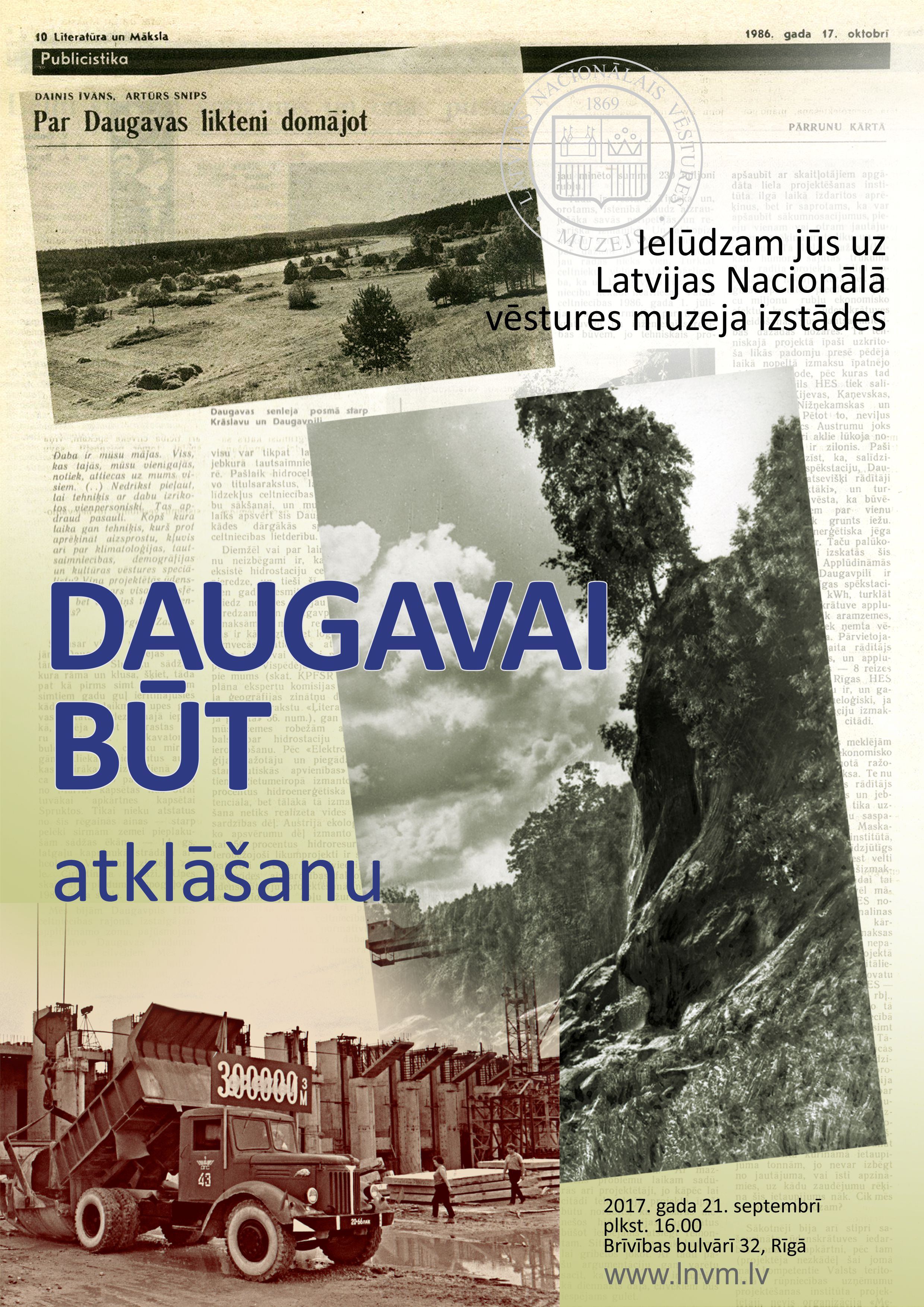 Material from the Museum of the River Daugava was used for the exhibition 'Let the River Daugava Be', which opened on 21 September 2017 at the National History Museum of Latvia. The exhibition was about the struggle by the public to save part of the Daugava valley in 1958-1959, and the campaign against the construction of the Daugavpils hydroelectric station in 1986-1987.