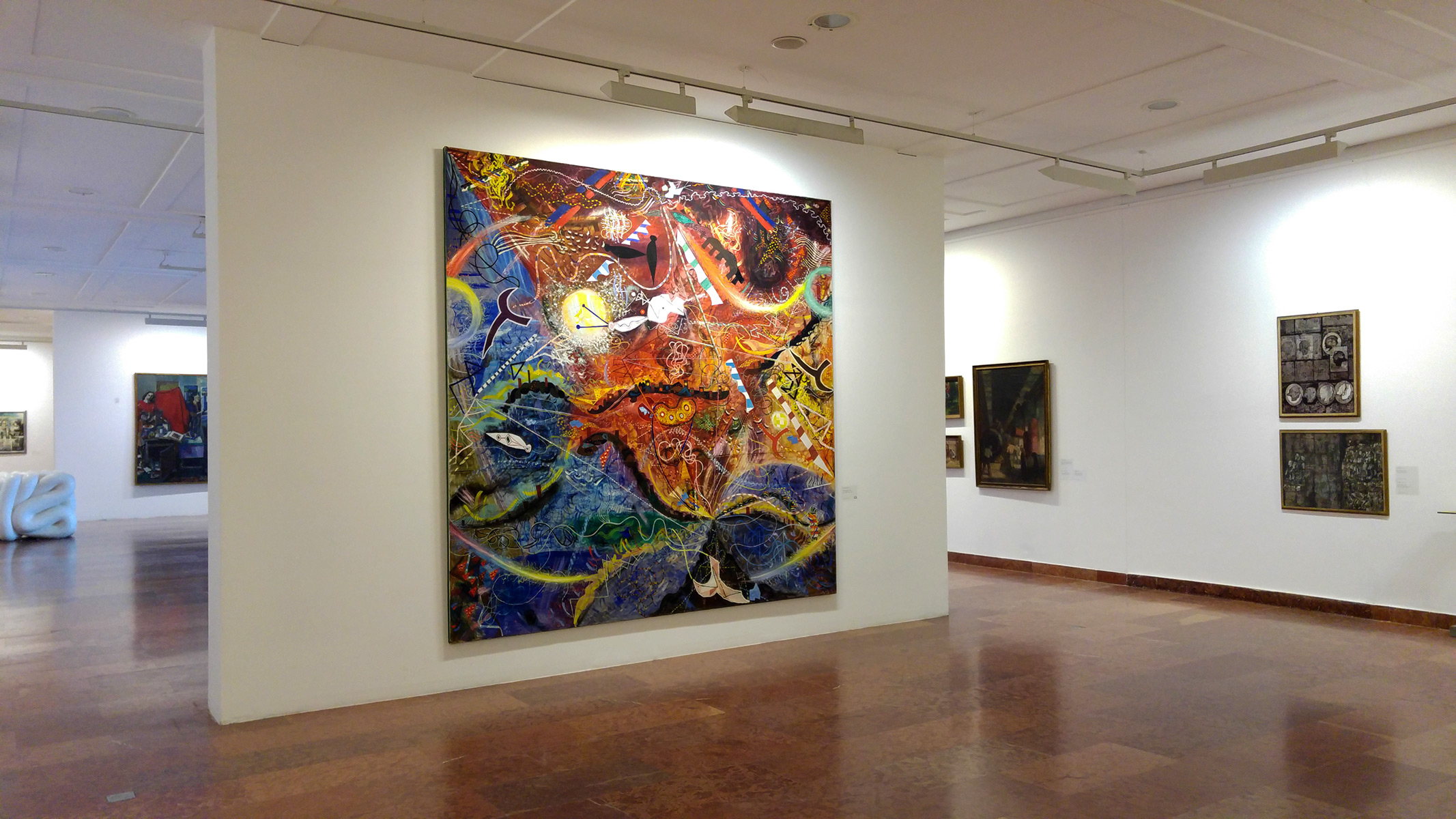 The permanent exhibition of the Contemporary Collection that was rearranged in November 2013 presents a selection of post-war Hungarian art. One must emphasize here the word selection, as altogether a hundred-fifty works are on display from nearly twelve thousand items in the collection.

The display arranges the works into sections of loose chronological order (post-surreal tendencies, art after socialist realism, from surnaturalism to the effect of pop art, Iparterv, avant-garde tendencies in the seventies, “conceptual art,” and photorealism, post-socialism), while commensurable aspects are highlighted.

It was an important selection criterion to find works linking with international tendencies, which, as an accentuated aspect, is a significant difference from the previous arrangement of the permanent exhibition. Three groups of works introduce the chronological division (constructions, machines, edifices, installations in the dome), and two significant sculptures from the sixties and seventies, accompanied by photographs.

The curator said in an interview that he envisioned an audience of foreign visitors interested in Hungarian art, but without much concrete knowledge, as well as young people under the age of 35, and he arranged the sections and the introductory text blocks with these target groups in mind. The texts lead the visitors through the exhibition by quoting thoughts from essays of the given periods, with the exception of the last section, which entirely relies on the curator’s conclusions.

The last two sections also reveal gaps in the collection, as installation and media art are underrepresented compared to their historical significance, with only a very few works on display. In this context the curator said in an interview that he wanted to create a picture of the collection instead of presenting the entire history of Hungarian contemporary art—and thus to get a complete overview one has to visit the permanent exhibition of Ludwig Museum Budapest as well.

Critics of the arrangement would have desired more reflective preparation in accordance with the canon-forming position of the institution, with a team of experts instead of one single curator in the conceptual phase. They also desired to see the characteristics of the collection expanded better, with more texts and documents concerning the grey zones between official and unofficial art, which is what they consider the most problematic part of the account of these periods.