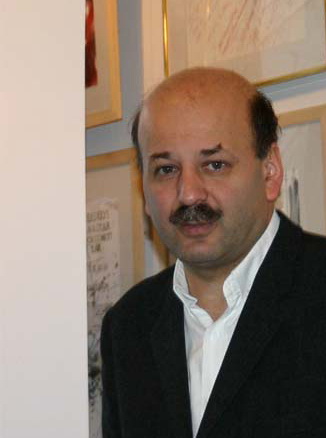 Nándor Bárdi (1962–) is a Hungarian historian. He graduated from the Ferenc Kiss Forestry Vocational School of Szeged. Between 1981 and 1987, he studied history at the József Attila University of Sciences at Szeged. In 1989–1990, he worked at the National Széchényi Library. He then taught at the University of Szeged until 1996. Between 1997 and 2007, he worked at the Teleki László Institute. He now works at the Institute for Minority Studies of the Hungarian Academy of Sciences.

Bárdi was an active member of grassroots movements organized in Szeged and Budapest to aid Transylvanians in the 1980s. Bárdi’s research, publications, and teaching focuses on the 20th–21st century history of East and Central Europe, and the Hungarian minorities of the Carpathian basin, including their political, social, ethnic and cultural-historical phenomena. He initiated a number of research projects, a book series of resource publications, as well as databases, and was the founding editor of the English-Hungarian, dual-language, scientific periodical, Regio.