List of Books and Newspapers Which Were to Be Urgently Prohibited and Prevented from Further Distribution, ca 1946. Manuscript 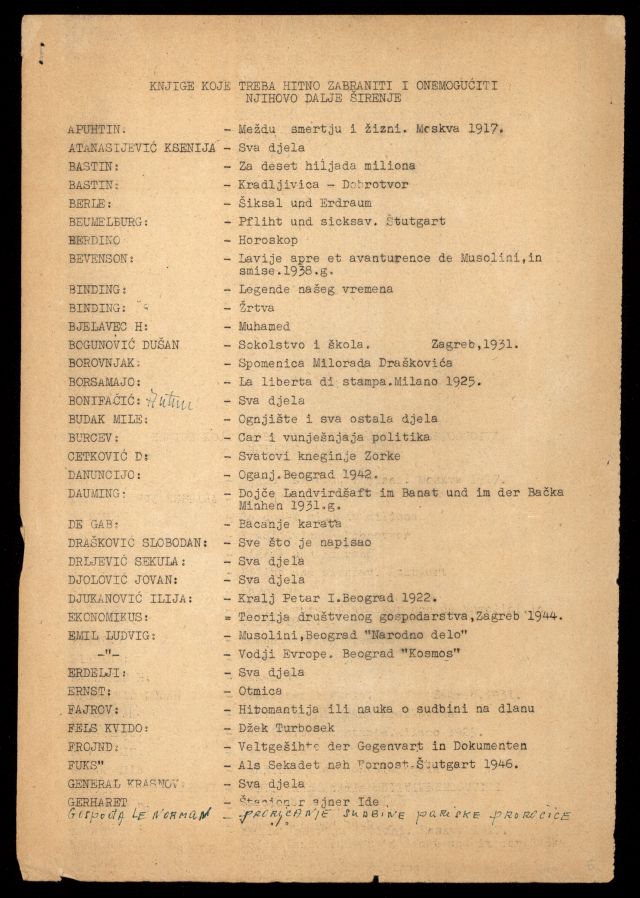 This is an undated, typewritten five-page document from the mid-1940s. The document was prepared by the Public Prosecutor’s Office in Zagreb.  The list contains approx. 150 authors and books which were to be urgently banned from further distribution. The authors on the list shared different worldviews, but the variety of the literary genres on the list indicates the extent to which the communist authorities endeavoured to halt literary production of all those, whose work and values failed to adhere to the communist ideology.

Iljko Karaman took the document illegally from the Public Prosecutor's Office and stored it in his home collection, which ended up at the Croatian State Archives in 1992. The material is available for research and copying and was used in the publications by Deniver Vukelić and Josip Grbelja as sources for studying the postwar communist censorship.