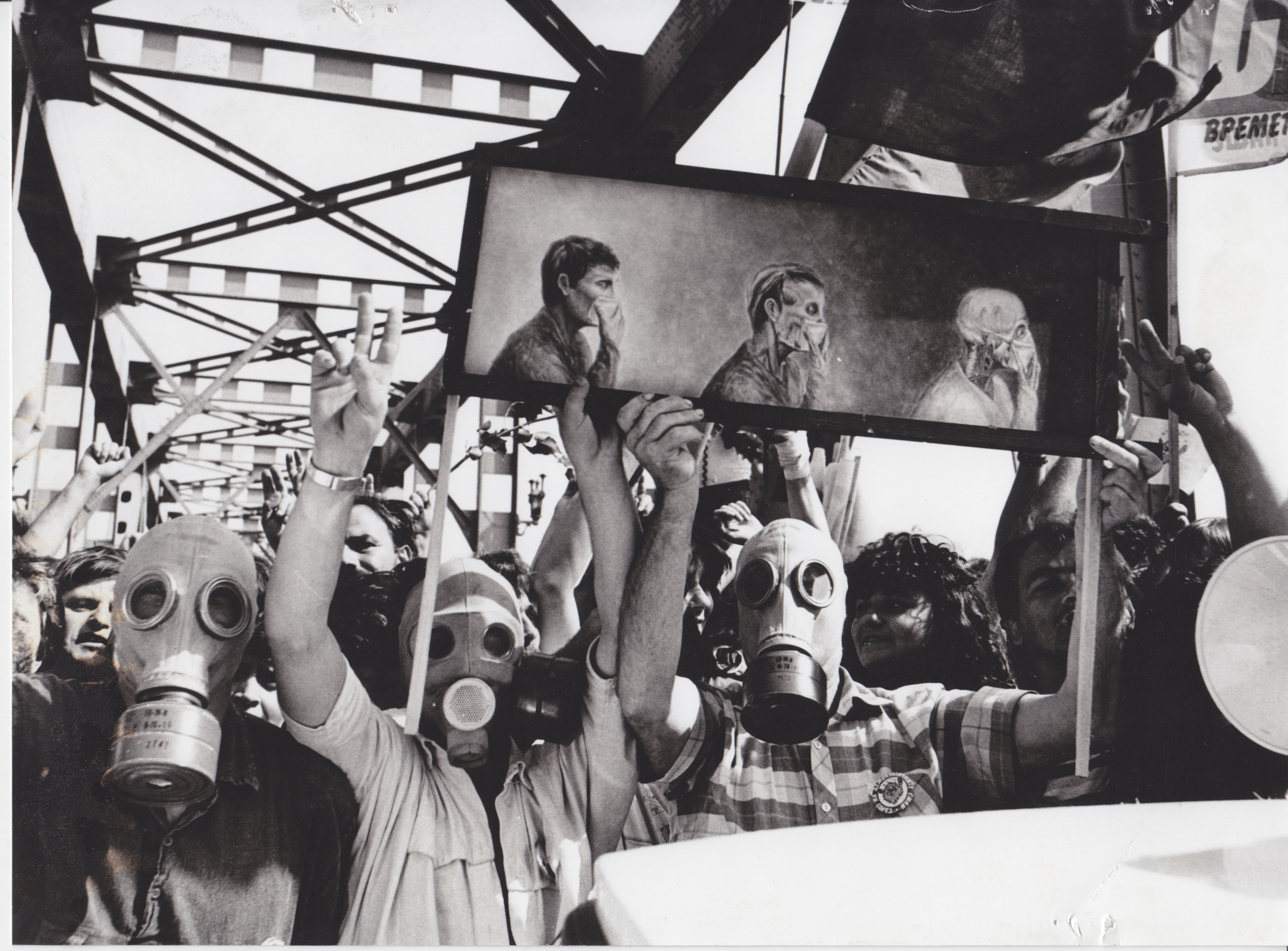 The photograph depicts a moment from the ecological protests against the chlorine pollution of Ruse in 1990. The organization committee of the protest decided to undertake drastic measures: to block the Danube Bridge between the towns of Ruse and Giurgiu (the so-called „Bridge of Friendship”) on the Romanian side of the river. A rock-concert was organized near the bridge. The photograph displays one of the artistic expressions of the protest: a three-stage drawing that foresees the future of the local population in terms of its physical condition if the pollution is to continue.
In 1988 local artists from Ruse initiated a special exhibition with their works of art called “Ecology 1988”. Their actions were in support of the protest activities of citizens in Ruse at that time. The drawing seen on the photograph is one of these pieces of art.

The photograph was donated by the “Bulgarian Photography” state enterprise to the "Contemporary History" Section of the Rousse Regional Museum of History in 1991. The professional photographers of the state-owned enterprise documented every important public event in the period of state-controlled media. Following the collapse of socialism, some of the materials from the Ruse branch of the enterprise were donated to the Rousse Regional Museum of History.