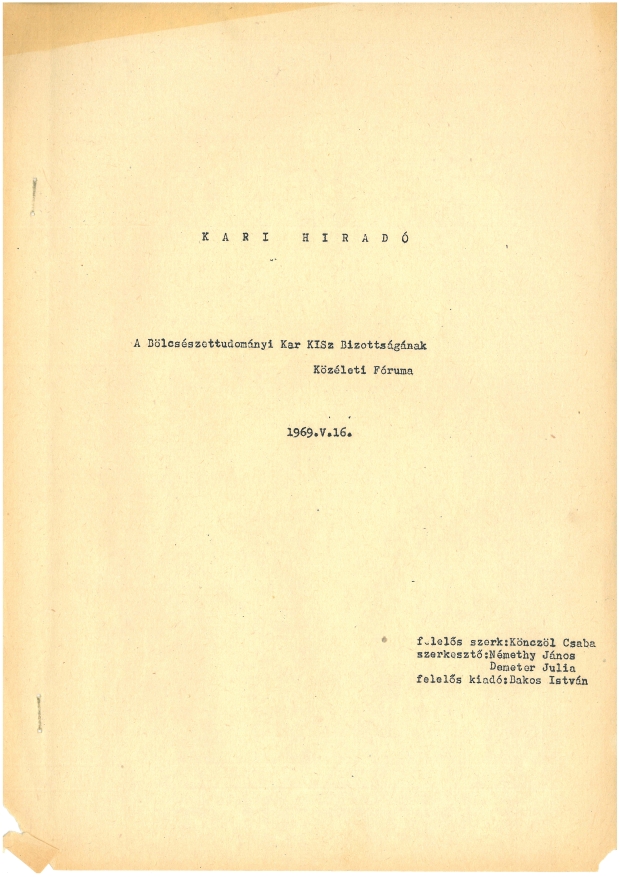 Kari Híradó (Faculty News) was the periodical of the Faculty of Humanities of Loránd Eötvös University’s Communist Youth League Organization. The first issue was published on 16 May 1969. Csaba Könczöl, a member of the Eötvös College, was its founder and editor. Kari Híradó was the first oppositional political periodical since the Revolution in 1956 in Hungary. Its aim was the authentic orientation of the students, and its writers played an important role in the student movement of 1969. The periodical was censored at first, and finally prohibited in the autumn of 1969.