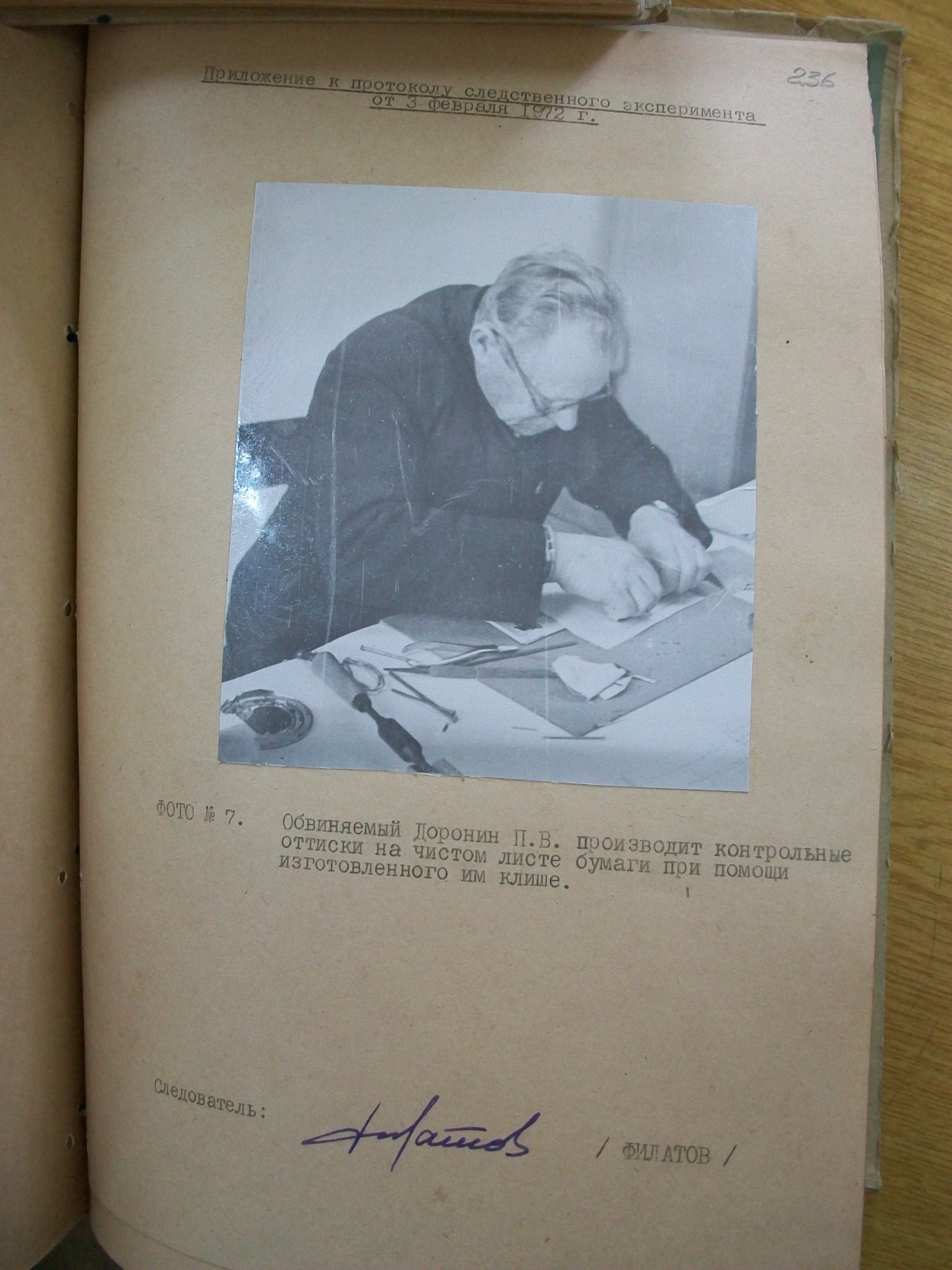 Pavel Doronin (born in 1905, Bukhedu Railway Station of the Eastern Chinese Railway, Manchuria, now Boketu, Nei Mongol Province, China) was a railway worker and engineer who came to Chișinău in 1960 after working for over three decades in various positions within the railway system throughout the Soviet Union. Doronin was of Russian ethnic background and had a “healthy” social origin from the perspective of the Soviet authorities. In his youth he was a worker at various branches of the Soviet railway network in the Far East, first in Blagoveshchensk on the Amur River and then in the Khabarovsk region. In 1934 he graduated from the Leningrad Institute of Railroad Transport Engineering and subsequently worked in the railway system in various regions of the Soviet Union. In the late 1930s he married and settled in Vladivostok for several years. In February 1941 Doronin was transferred to Lviv, in Western Ukraine, where he arrived later that spring. The initial phase of the Soviet-German War caught him there. He was drafted into the Red Army in the summer of 1941 and sent to the front as a military engineer. His family, who had stayed behind in Vladivostok, was subsequently evacuated to the Altai region. In late 1942 and 1943 his unit operated in the Kursk region. He became commander of a railway engineering battalion. In November 1943 he was arrested and convicted by a special military tribunal to ten years of hard labour as a result of purportedly conducting ”anti-Soviet agitation and propaganda” among the soldiers and officers of his unit. He was sent to a forced labour camp in the Russian Far North, in the Pechora region, where he served his sentence while also being employed as a railway worker starting from the late 1940s. He was reunited with his family in 1953, after his release from the labour camp, and was rehabilitated in 1955 by a special military court of the Voronezh military district. In the late 1950s he worked as a railway engineer in Kotlas, in the Russian Far North, building a successful professional career. In 1960 he came to Chişinău, where he was first employed at the city’s railway station and then moved to the Luch factory in late 1963. Doronin retired in 1965. His opposition to the regime becomes less surprising if his earlier prison experience is taken into account. During the preliminary investigation carried out by the Stalinist penal system in 1943, it was revealed that Doronin exhibited ”anti-Soviet” opinions as early as the late 1920s, when he was denied party membership, and relapsed into his earlier anti-Soviet stance after graduation, in 1934. However, it is not clear if his condemnation in 1943 had any substance. Although he was denounced by several fellow-officers for ”anti-Soviet propaganda,” this charge seemed highly dubious given the context and the practices of the time, as well as his later rehabilitation in 1955. It is obvious, however, that Doronin resented his conviction and thought he had been punished unjustly. After his retirement, around 1967, Doronin became even more disenchanted with the Soviet state. During the preliminary investigation, it transpired that his discontent toward the regime was also fuelled by his listening to Western radio stations (mainly Voice of America and the BBC), as well as by his earlier conviction. His criticism of the regime was exacerbated by his precarious living conditions, as well as by a series of personal and family crises that he suffered after his retirement. All these factors resulted in the active phase of his ”anti-Soviet” behaviour, which he displayed from late 1967 to early 1971. His psychiatric assessment concluded that, while completely sane, he displayed a ”heightened sense of social justice,” which might also explain the gradual radicalization of his views. Doronin was also a voracious reader and a highly articulate person, a fact which is proven by the content of his letters and petitions. This probably enhanced the apprehension of the Soviet authorities, despite the isolated character of his actions and the lack of any hint at the propagation of his views. His criticism of the hypocrisy and corruption of the Communist Party and of the hollowness of Soviet official ideology was enough for him to be regarded as potentially dangerous. After the preliminary investigation, which lasted for three months – from 6 December 1971 to 6 March 1972, followed by the trial, held on 24-27 March 1972 – Doronin was sentenced to one and a half years in a high-security prison, according to article 67, part 1, of the Criminal Code of the Moldavian SSR (“anti-Soviet agitation and propaganda aimed at undermining Soviet power”). Doronin’s fate after his sentence and arrest is unknown.