Lecture about emancipation of women in Ljubljana, 1986. Poster 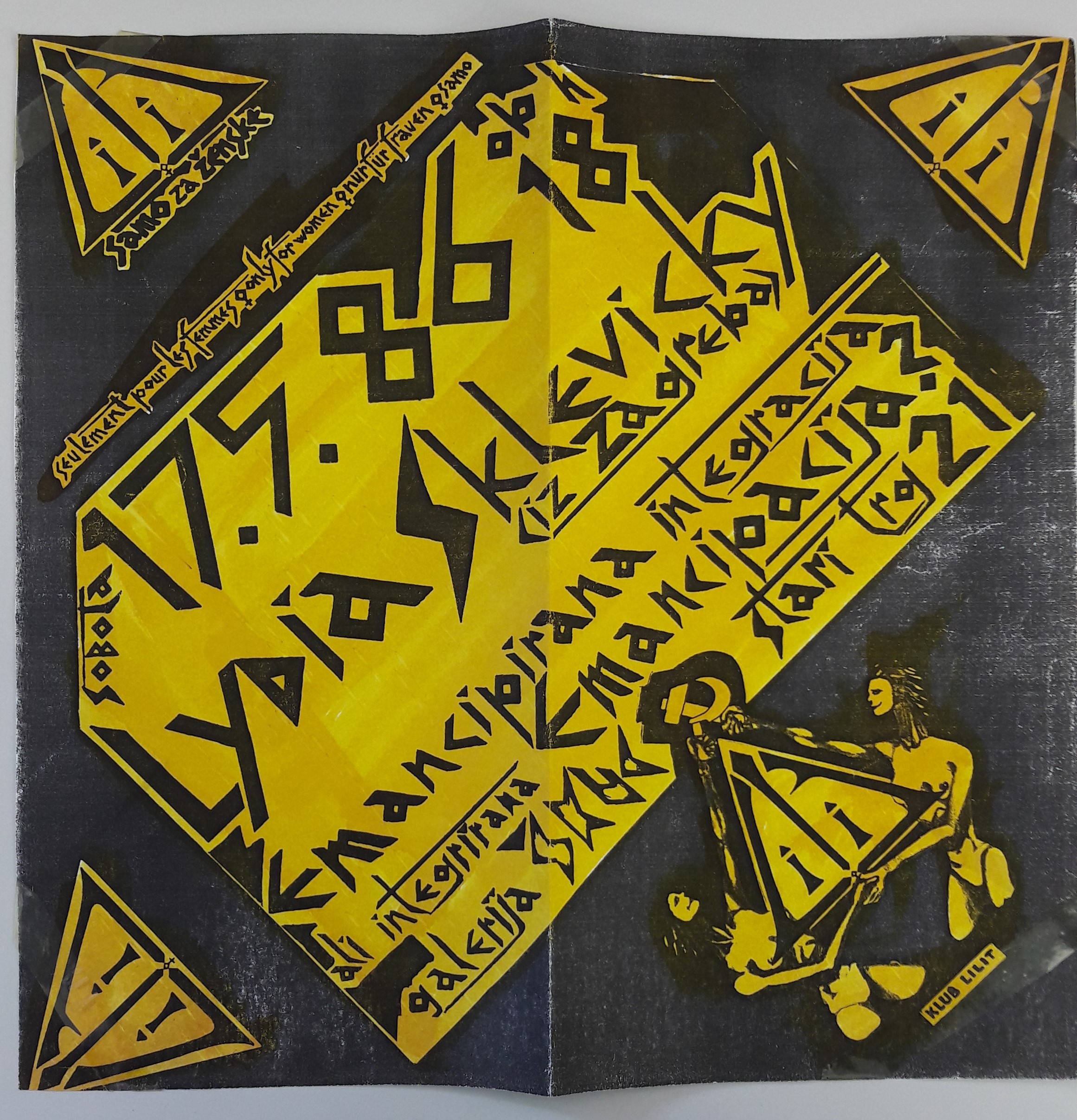 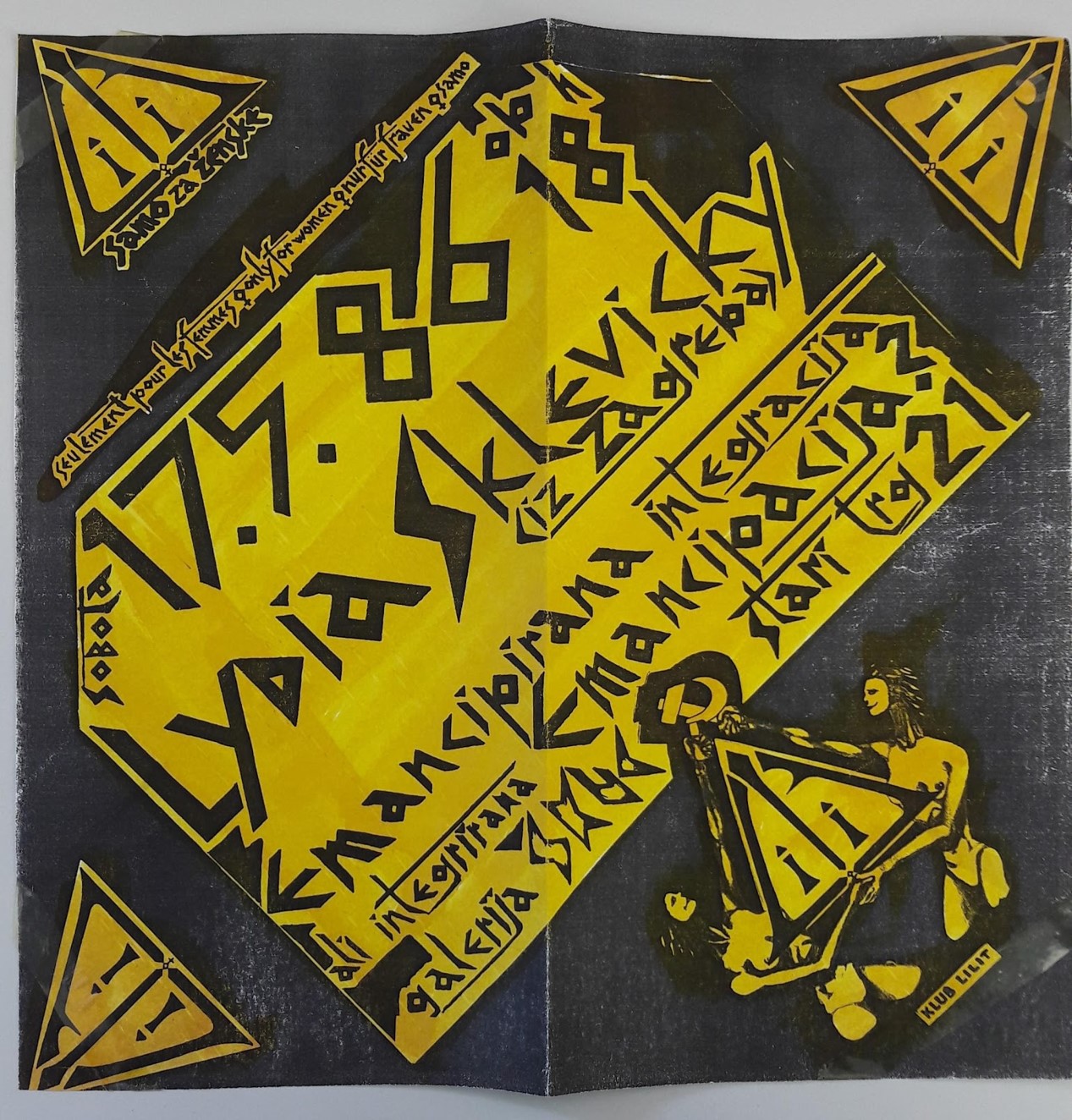 As an engaged feminist Lydia Sklevicky held public presentations in the Yugoslav centres of the new feminist movement, Belgrade, Zagreb and Ljubljana, in which she advocated for the greater presence of the "women’s question" in public and scholarly circles, constantly emphasizing that this question  had not been resolved within the Marxist and socialist political order in Yugoslavia.

One of the lectures Sklevicky held was on the topic of "Emancipated Integration or Integrated Emancipation" in the ŠKUC Gallery (Old Square 21) in Ljubljana on Saturday, May 17, 1986. The lecture was organized by the first Slovenian feminist club, Lilit,  and the poster for it stated that the lecture was intended strictly for women. The poster is kept in the Sklevicky Feminist Collection.