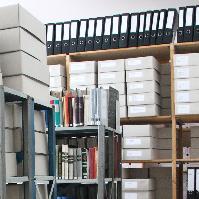 Document Collection of the Civic Movement Archive in Leipzig
Leipzig was not only scene to the Monday Demonstrations of autumn 1989 that spread across the GDR and brought the regime to collapse, but also home to numerous youth, peace, environmental and human rights groups. The Civic Movement Archive in Leipzig houses the largest collection of documents relating to the histories of these groups.
Skaityti visą

Documents of the Danube Circle's Association

The collection includes the documents of the Danube Circle Association, which was a non-governmental organization in opposition to the government’s project to construct a River Barrage Dam near Nagymaros (Hungary) in the 1980s. The Danube Circle movement tried to prevent the construction of the dam with samizdats, public debates, and protests. The Circle was one of the new types of alternative movements, which expanded the base of the “traditional” intellectual opposition.