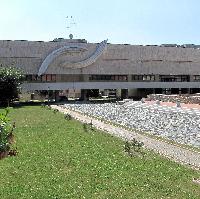 The modern collection of the Gallery of Szombathely eloquently exemplifies the complex relationship between official culture and the culture of dissent during the socialist period. The genealogy of the collection is inseparable from the conservation of the leftist counter-culture of the Horthy era, especially of the legacy of the left-wing painter Gyula Derkovits, who was born in Szombathely. The collection of artworks was based on the notion of “progress,” and it became increasingly intense in the 1970s, but it only partly followed the socialist canon. It also initiated the emergence of new and critical trends that were in opposition to the official culture politics.