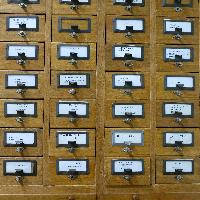 T. H. Shevchenko Institute of Literature of the National Academy of Sciences of Ukraine

The Department of Manuscripts and Textual Studies was founded in 1926, concurrently with the T.H. Shevchenko Institute of Literature of the National Academy of Sciences of Ukraine. Many outstanding Ukrainian scholars have worked during the Soviet period and after independence in 1991, including Jeremiah Izenshtok, Agapy Shamray, Sergy Zubkov, Mykola Syvachenko, Fedir Pogrebennik, Mykhaylyna Kotsubynska, and others. Research in the department focuses on working with manuscripts that are kept in the institute’s repository. The Department of Manuscripts and Textual Studies collects manuscripts and archives of Ukrainian writers, catalogues them, and sometimes prepares these materials for publication. At the moment, the department has the biggest special collection of materials on Ukrainian literature. In 1999, the institute published a finding aid of its collections, and publishes annually a list of processed materials that updates the institute’s holdings. This institution has the status of a national heritage repository, and thus receives funds from the state to ensure its facilities are up to date.

Trampské združenie Severka [Tramp association Severka] was officially founded in January 1991, but it began releasing the tramp magazine Severka two years earlier, in 1989. The association's objective is to preserve and support original tramp culture while documenting the history of the movement both in Slovakia and abroad. The association organises cultural, educational and sporting events, issues books and periodicals, releases audiovisual media, initiates nature and environmental conservation activities, and cultivates the image and awareness of the tramp subculture and its history in both online and printed media.

Tramps still maintain their identity today as a subculture. In the past, adapting to changes in the social, economic, and political environment was necessary. During the communist era, both before the Prague Spring and after the arrival of Soviet troops in 1968, tramps were subject to surveillance and bullying by the state police. Nevertheless, thanks to the open and flexible character of the subculture, they still managed to maintain independence and avoid being banned, unlike the Scout Movement. Tramping never turned into an organisation supported or controlled by state. It is made up of individuals and “osady” [settlements], the latter representing groups of at least three tramps. There is no hierarchy or stable structure designating relations among them. All activities and programs of “osady” or tramps-loners are chosen freely and independently.

The tramp association Severka has been documenting past and contemporary events in the tramp subculture, setting up exhibitions,and publishing books as well as the Severka magazine. Thus, it has created a platform for interactions among those within and those outside the tramp circles.
Skaityti visą
The Action of Light

The 'Action of Light‘ (Gaismas akcija) was an organisation founded by Paulis Kļaviņš in the 1970s, and registered in the USA in 1977, and in West Germany in 1978. The aims of the organisation were: 1) to provide Christians in Latvia with religious literature and information about religious life in the West; 2) to inform Western society about religious persecution, repressions against religious and political dissidents, and life in Soviet Latvia in general; 3) to organise protest actions against the persecution of dissidents in the USSR, and in the Baltic Republics in particular. The organisation provided an opportunity for émigré Latvians, as well as non-Latvians in the West, to participate in Gaismas akcija in five possible ways: 1) as couriers taking money, literature (copied on microfilm), medicines for political prisoners, etc, on tourist trips to Latvia; 2) as social activists, advocates of the cause; 3) by participating in demonstrations and other street actions; 4) by writing letters to dissidents and political prisoners in Latvia, and protest letters to Soviet functionaries; 5) by providing regular or irregular donations to the organisation. 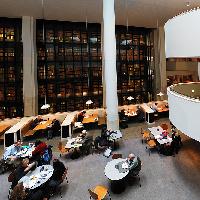 National library of Great Britain. Besides books (more than 25 million items), journals and manuscripts, its vast collections contain photographs, newspapers, patents, maps, and music and sound recordings. It holds unique materials of great importance for European and world history. The most treasured holdings include Magna Carta, Leonardo da Vinci's Notebook, the first edition of The Times (1788), the recording of Nelson Mandela's Rivonia trial speech. The archives represent every age of written civilization – there are Chinese oracle bones over 3.000 years old and today’s newspapers’ issues.

Moreover, the British Library holds collections which could not have been gathered in different countries for institutional or ideological reasons, like the dissent materials and samizdat publications produced in socialist Poland.