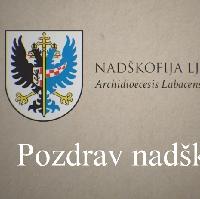 The Archdiocese of Ljubljana is a Roman Catholic ecclesiastical territory in Slovenia. Its seat is the Saint Nicholas Cathedral in Ljubljana. It is the principal see in Slovenia and its archbishop is currently Msgr. Stanislav Zore, OFM (2014-).

Another important part of the Foundation's activities is digitalizing and disseminating on-line the Polish photographers' heritage. The Archeology of Photography Foundation's members work on improving the archival practices and digitalization standards. Furthermore, they organize training for other collectors and institutions, and engage in networking activities with Polish and international cultural organisations, in order to share knowledge on the modes of preserving and digitalizing different types of visual materials.

Since its beginning, the Archeology of Photography Foundation has been working with photographs and documents of the Polish visual artists, i.a. Zofia Chomętowska, Maria Chrząszczowa, Janusz Bąkowski, Wojciech Zamecznik, and Tadeusz Sumiński. After the digitalization of their private archives, the Foundation exhibits their works - often for the first time in a decade or two - both in the galleries and on-line. The Foundation tends not to simplify the art work by cathegorising it as a "documentary" or an "artistic" photography, but on the opposite: it allows the audience to interpret the art itself. Moreover, the Foundation activities present the blurred division between the "official" and the "unofficial" art in the socialist times - different artists in different time periods had the opportunity to either exhibit their works or to hide them in the private archives.
Skaityti visą
Archive of Corvinus University

The Archive of Corvinus University, the former Karl Marx University Economic Sciences (MKKE), was established in 1987, but the collecting and preserving the documents started much earlier. The archive includes sources on the history of the university and its leadership, offices, and the students’ personal files. The name of the university was changed from MKKE to Budapesti Közgazdaságtudományi Egyetem in 1990, and then Corvinus University in 2004. 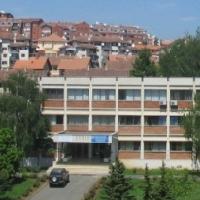 The Archives of the Republic of Kosovo opened in 1948 following the end of World War II, when the Provincial Directorate for Education and Culture established the Archival Center to address the protection and documentation of archival material. On 20 March,1951, at the decision of the Provincial Council, the Kosovo State Provincial Archives were established. Until 1965, the institution operated under the direct supervision and funding from the Provincial Executive Council of Kosovo. In 1968, regional and municipal archives were established, which initiated an archival network within the territory of Kosovo that included inter-municipal archives in Prizren, Peja/Peć, Mitrovica, Gjilan/Gnjilane, Pristina, and the Historical Archives of Gjakova/Đakovica. When the Socialist Republic of Serbia (SRS) abolished autonomy in the province of Kosovo, and imposed violent measures within all institutions of the country, the Archives of the Republic of Kosovo became controlled by the SRS.

After the end of the recent war in Kosovo (1998 – 1999), the Archives of the Republic of Kosovo moved between various institutions in Kosovo. Initially, archival service was overseen by the Ministry of Culture, Youth, and Sports. On 13 July, 2006, archival administration within the government of Kosovo adopted a new form of organization based on other European models, under law no. 02 / L-80. Archives were organized by the State Agency at the office of the Prime Minister until 31 December 2016. At the decision of the government on 1 January 2017, operations returned to the Ministry of Culture, Youth, and Sports.