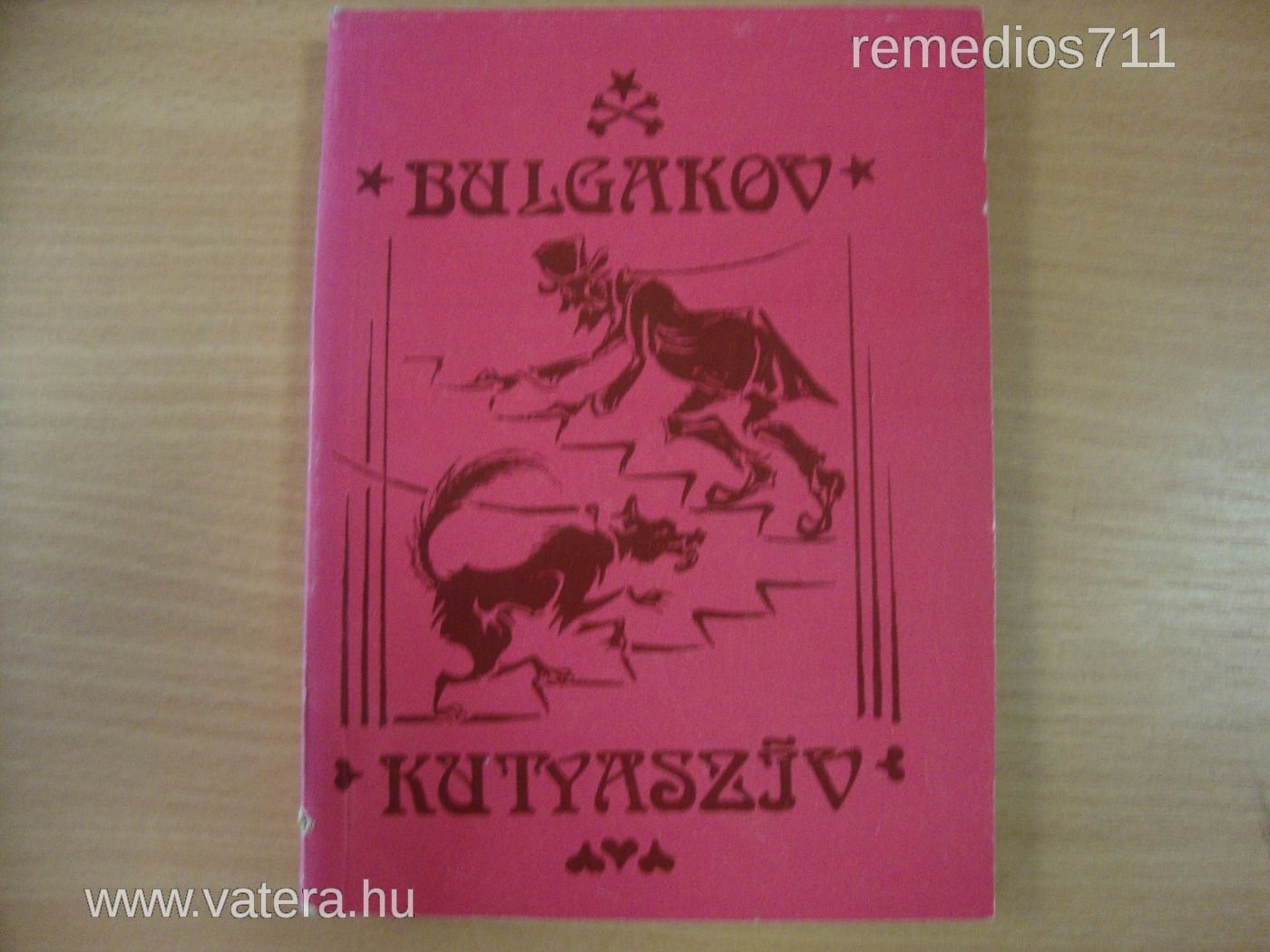 Bulgakov's Heart of a Dog, a satire on the Soviet New Man, was written in 1925 in the Soviet Union, and it was immediately confiscated and banned until as late as 1987. From the 1960s it was circulated in the country in Western editions, but in Hungary very few people had the chance to read the novel. It was not known even among people who had access to sources of clandestine literature under the Kádár regime.

The situation changed a little when the Slovak journal Svetová Literatúra published the novel in Slovak translation in 1978. The Hungarian writer György Spiró thus could read the novel - strangely enough, upon the recommendation of the notorious hard liner cultural journalist, columnist of the party daily, and editor of the journal Szovjet Irodalom [Soviet Literature], Pál E. Fehér. Spiró started to work at the Csiky Gergely Theatre in Kaposvár as a dramaturge in late 1981 (officially from early 1982), and he encouraged the director to adapt it for stage. By then, the professor of Russian Zsuzsa Hetényi had already prepared the translation based on the 1969 Paris edition of the book, which Spiró had lent to her. The initiative nevertheless failed, and the Hungarian translation was put on file in the archive of the Institute of Theatre in Budapest. There was a second attempt to stage it in 1986, but the authorities intervened. The Hungarian translation, however, was published in the same year by one of the smaller samizdat publishers, Katalizátor Iroda.

The publication of the book caused some tensions within dissident circles. The book was brought to Katalizátor Iroda by Ádám Modor, who had until that point been involved in the printing of the samizat journal Beszélő since 1983. The editors of the journal had a rule: no other publication was allowed to be printed on the stencil machine of Beszélő located in the suburban workshop of painter Kitty Márczi. Modor, however, decided to print Heart of a Dog anyway that was noticed by the editors. In March 1986, the editorial team parted company with Modor, who brought the book to Katalizátor Iroda and published it under their brand.

The book did not reveal the identity of the translator. This was at Hetényi's request, because she had small children and did not want to cause any trouble for his father either, who was the Minister of Finance at the time. The publication caught the notice of the political police in January 1987, when one of their agents visited the samizdat shop (boutique) and bought a copy of it. Katalizátor Iroda then became a target of the secret police. In 1988, Heart of a Dog was legally published in Hetényi's translation as Kutyaszív by Európa Publishing House. This version slightly differs from the previous one, for the editor of the Európa version made changes to the manuscript to which the translator did not give her consent. There have been several editions of the text since then, and Hetényi revised the text for every new issue.