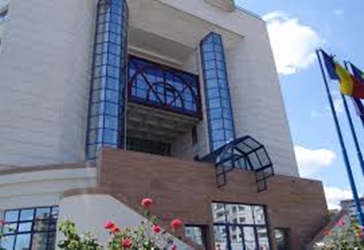 The Octavian Goga Cluj County Library is a public library founded in 1921. The main purpose of the institution is to offer public library services to the inhabitants of Cluj county. In 2016, its registered users reached the number of 36,000. The library possesses a collection of more than 686,000 books and 1,570 manuscripts. The central department, which is located in Cluj-Napoca, is organised in several sections, according to the age of the users (adults, teenagers, and children), the specific content (e.g. the art section, personal collections) or the language (e.g. English books, French books). Besides the central department, the institution has several rural and urban branches, which offer library services locally. The library is a founding member of the National Association of Librarians and Public Libraries of Romania (ANBPR). Within the framework of the ANBPR, the Octavian Goga Cluj County Library has developed various projects with European and national funding. One of these projects, “The Battle of Books,” which was launched on 30 January 2014, aims at encouraging teenagers and young adults to be active users of the public library.

The Octavian Goga Cluj County Library is a founding member of the National Association of Librarians and Public Libraries of Romania (ANBPR), which is an association of the most important public libraries in Romania. Its major goal is to increase the societal impact of libraries in Romania. At the same time, ANBPR promotes the interests of Romanian public libraries and encourages close collaboration between its members. ANBPR is also a tool used by Romanian public libraries to disseminate good practices and promote common projects. In partnership with ANBRP, the Octavian Goga Library has implemented, for example, the project entitled “eBibliotecar: Aptitudini pentru bibliotecarul modern” (The e-Librarian: Skills for the Modern Librarian), aimed at developing digital abilities among the staff of local libraries.