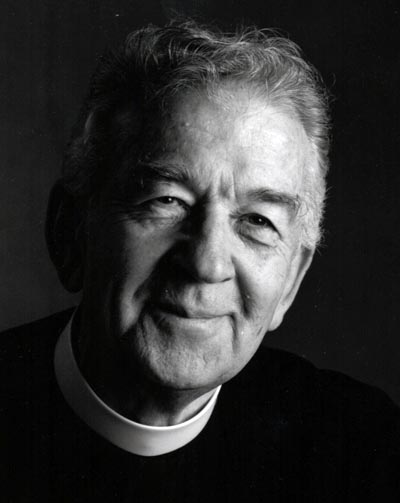 László Terray (1924–2015) was a Hungarian Lutheran clergyman. He was born in 1924 at Miskolc. He was consecrated by Lajos Ordass Lutheran bishop in 1946. With the scholarship of the Lutheran World Federation, he traveled to Norway, where he decided to stay because of his illness and the emerging communist dictatorship in Hungary. In 1954 he started to work at the Missionary Science Institute in Oslo. He was the president of the Norwegian Evangelical Missionary Council for ten years. In 1956 he helped 1500 Hungarian people to move to Norway. He was an important leader of the Professional Partnership of the Hungarian Evangelical Pastors Living in Abroad. He was managing editor of the Norwegian Ecclesiastic Mission’s radio programmes for almost 25 years. He organized the International Ordass Foundation and the Ordass Archive, and he wrote the first biography about Lajos Ordass in 1983.