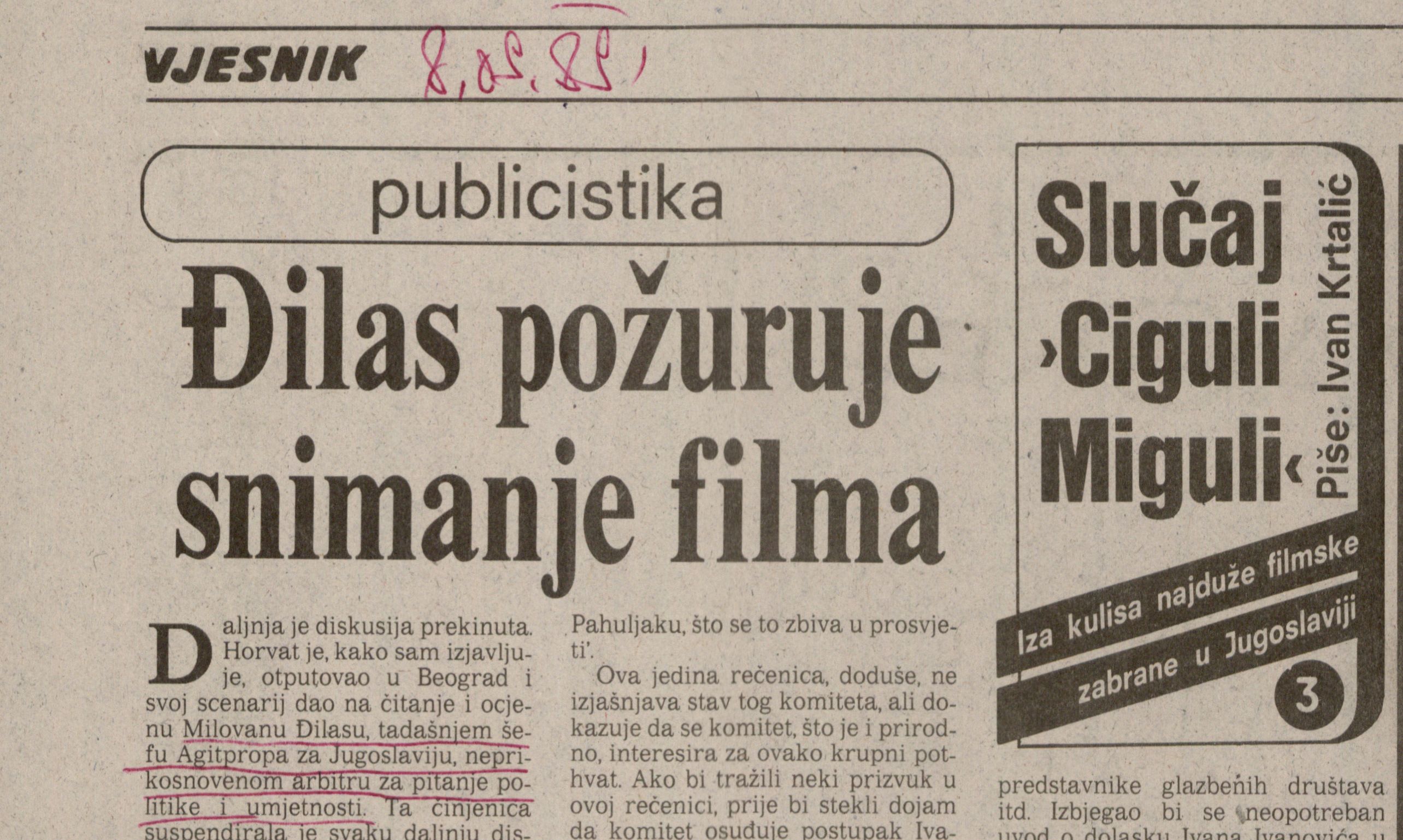 The feature film Ciguli Miguli (1952) by director Branko Marjanović and screenwriter Jože Horvat was the first banned film in socialist Croatia. The film was supposed to be the first post-war socio-political satire. It ridiculed bureaucracies of the Soviet type. However, Party leaders read this satire as antisocialist opposition defying civil traditions. The public viewing license was granted only on April 30, 1977, and in 1989 it was first shown on television. It then attracted great media attention. In 1989, Igor Krtalić wrote a feuilleton on the case of Ciguli MIguli for the newspaper Vjesnik.