Supek, Rudi. Foreword to the third edition of the book This only earth. 1989. Typescript 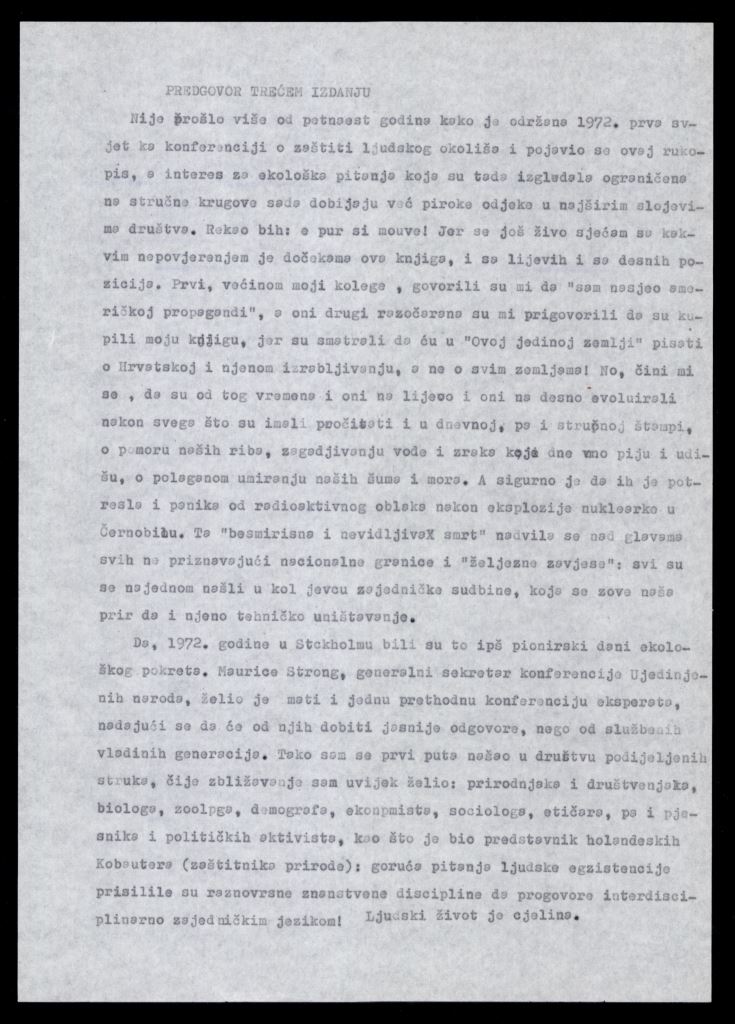 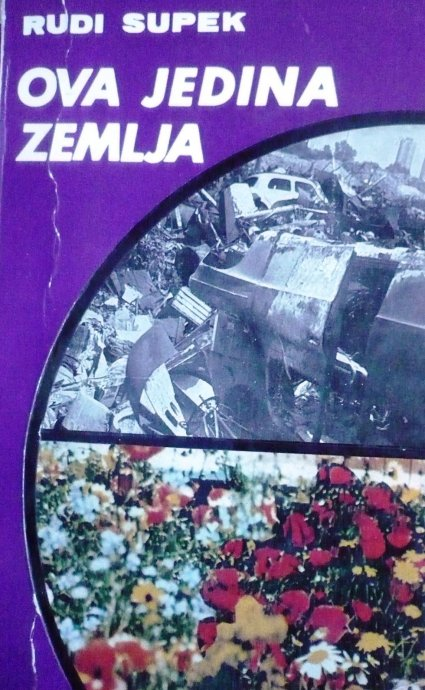 Besides Rudi Supek’s (1913-1993) cultural-oppositional activities as the initiator of the Korčula Summer School and as a member of the Praxis circle of intellectuals, he is also known for his engagement in the environmental movement. This was reflected in his book Ova jedina zemlja: idemo li u katastrofu ili Treću revoluciju? (This only Earth: Are we heading for disaster or the Third Revolution?) published in 1973. Supek was one of the first scholars in Yugoslavia who wanted to warn the public of the growing environmental problems of modern civilisation. This book shows Supek’s divergence from the then Marxist mainstream in Yugoslavia and most leftist philosophers, who insisted that environmental issues were, in fact, a capitalist ploy to diminish the revolutionary potential of the working class. The book critically considered the relationship between states and social systems in the field of ecology, and criticism was focused to socialist systems as well, especially the dominance of the state administrative apparatus (Cifrić 2016: 104). The book was successful, and two new editions were published (in 1978 and 1989).
In the foreword to the third edition, Rudi Supek explained that the first edition of his book was greeted with mistrust and scepticism “from both the left and the right”. The most of his leftist fellow philosophers and sociologists told him that he had “fallen for American propaganda,” while others were disappointed because they thought he would write about Croatia and its exploitation in Yugoslavia (Supek 1989a).