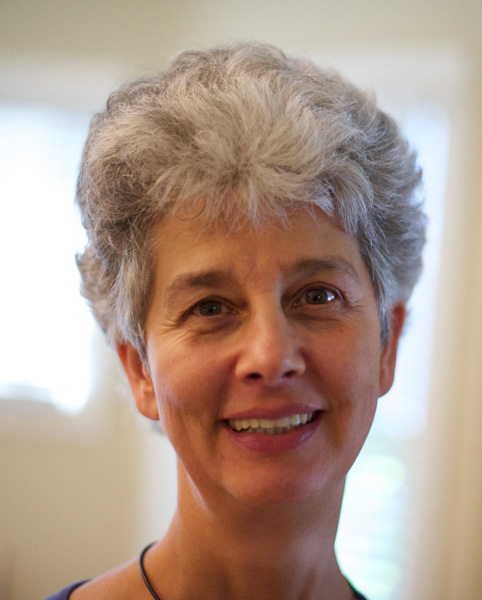 Zsuzsa Hetényi is Professor in Russian Studies at the Institute for Russian Studies at ELTE University, Budapest, where she started to work in 1983. She is a renowned translator of Russian literature. She is the daughter of the well-known reform economist at the State Office of Planning, István Hetényi, who played a key role in developing the so-called New Economic Mechanism in the late-1960s and became Minister of Finance in 1980. He was dismissed from this position by Kádár at the end of 1986. The same year Zsuzsa Hetényi published Bulgakov's Heart of a Dog in samizdat, translated in 1980.

Hetényi came from an Anglo-Saxon oriented middle class intellectual family. Her grandfather, Géza Hetényi was an eminent physician already in the 1930s, later member of the Hungarian Academy of Sciences, whose career was not broken in 1948 for he established good contacts with Soviet colleagues. His son, István Hetényi grew to be a leading economist who worked at the National Planning Bureau before taking the office of Minister of Finance. The success of the family did not coincide with a blind devotion to the communist cause: Zsuzsa Hetényi's mother, who joined the movement at a very young age before the Second World War, disappointed from politics at the time of the Rajk Trial in 1949, openly voiced her critical opinion and left the Socialist Party in 1956 that resulted her losing her job. Initially, Zsuzsa Hetényi enthusiastically joined the communist youth movement that she percieved as being detached from ideology at her school, but then refused to join the party when she finished high school in the early 1970s. As she pointed out in a published interview, the definite turning point for her was when in 1971 she read Aleksandr Solzhenitsyn's One Day in the Life of Ivan Denisovich (1962, also in Hungarian), and his GULAG-book in samizdat. This was revealing in the context of Hungarian politics as well. Notably, as Hetényi herself wrote about it in a retrospective essay commemorating the writer's death, the specific vocabulary of the camps was translated in consultation with a Hungarian ex-deportee of the "Hungarian GULAG", Recsk Labour Camp.

In high school Hetényi became increasingly involved in the scene that is today called alternative: visited the performances of the Orfeo Group, Péter Halász Apartment Theatre and submerged in Budapest nightlife. She considered György Konrád one of the greatest contemporary authors, so much so that she wrote an essay on A látogató (The Visitor, 1969) as university entry exam. She did so even though Konrád's novel was harshly criticized in the official Communist press. At Eötvös Loránd University, Hetényi's formative experience were Béla G. Németh's seminars that created a sharp contrast to other professor's classes. Németh, a Catholic and conservative, promoted a wide European perspective and highlighted a tradition of Hungarian literature that was diverging from the preferred canon of the Party's cultural policy.

As Hetényi remembered in the interview, she had contacts with several circles with a dissident ethos, but none of these let her deeply integrate. She experienced a great suspicion towards her. On the one hand, the literary scholar Iván Horváth's group distrusted her because of her father's political position that she found absurd for Horváth's father, Márton was a high official in the Party during Hungarian Stalinism of 1950s. On the other hand, the circle of Ádám Tábor and György Tatár that was formed on the basis of a newly discovered Jewish identity also kept her at the margin of the group. As a scholar of Isaac Babel, Hetényi was deeply interested in Judaism, and even started to learn Hebrew, but she came from a culturally mixed background of converted grandfathers and Christian grandmothers: this proved to be an obstacle in her deeper involvement in religious circles. This intermediary position she considers in retrospective a great advantage for her research in the field of writers with dual identity and of two cultures. In the final account, she did not have time to practice any dissident activities for she became a mother.

Hetényi regularly read samizdat publications, like the Bibó Emlékkönyv (Book in Memory of Bibó, 1980) and Bibó himself, but first and foremost she read Russian samizdat and tamizdat. She first travelled to the West in 1982: as for many others, this gave Hetényi occasional access to publications unavailable in Hungary. Her source was once the bookshop at St Paul's in London, where one could obtain books by showing an Eastern European ID. She herself was involved in distributing illegal materials, not only in Hungary, but also in the Soviet Union. She befriended with Heinrich Pfandl, an Austrian Slavist from Graz, who regularly supported those in need with cash and smuggled Bibles, books, and audio recordings of Vladimir Vysotsky to Soviet Union where Hetényi was one of the distributors of the materials.

In 1980, the writer György Spiró asked her to translate Bulgakov's Heart of a Dog for the theater in Kaposvár. She knew Spiró via his wife at the time, Mária Klauber, they were colleagues at the secondary school Móricz Zsigmond and friends from their adolescent years, they often came together. Sometimes the writer Imre Kertész also appeared at these meetings. This was a circle of friends where the greatness of Kertész's Sorstalanság (Fatelessness, 1975) was recognized early, while it had a modest reception in the press. Later in 2002 Hetényi translated Fatelessness into Russian with her husband Shimon Markish, a recognized Russian translator. Hetényi's personal canon, therefore, greatly diverged from the official one, and this is true for the Russian authors as well. Aside of Bulgakov and Babel, she was a keen reader of Nabokov too. In 1982/83, however, after loosing her job, she became briefly hired at the journal Szovjet Irodalom (Soviet Literature). This was a time when excellent works by Boris Pasternak appeared alongside of the worst kind of Soviet propaganda art in the journal. While the move shows that the field of underground literature and the most official literary scene were not hermetically divided, Hetényi did not stand the atmosphere defined by the infamous cultural critic and editor, Pál E. Fehér and professor István Király, she terminated her contract in 1983.

In 1989, Hetényi served as expert and translator of the stage adaptation of Heart of a Dog (made by Alexandr Chervinsky) for Katona József Theater in Budapest, when director Péter Gothár finally staged the work.