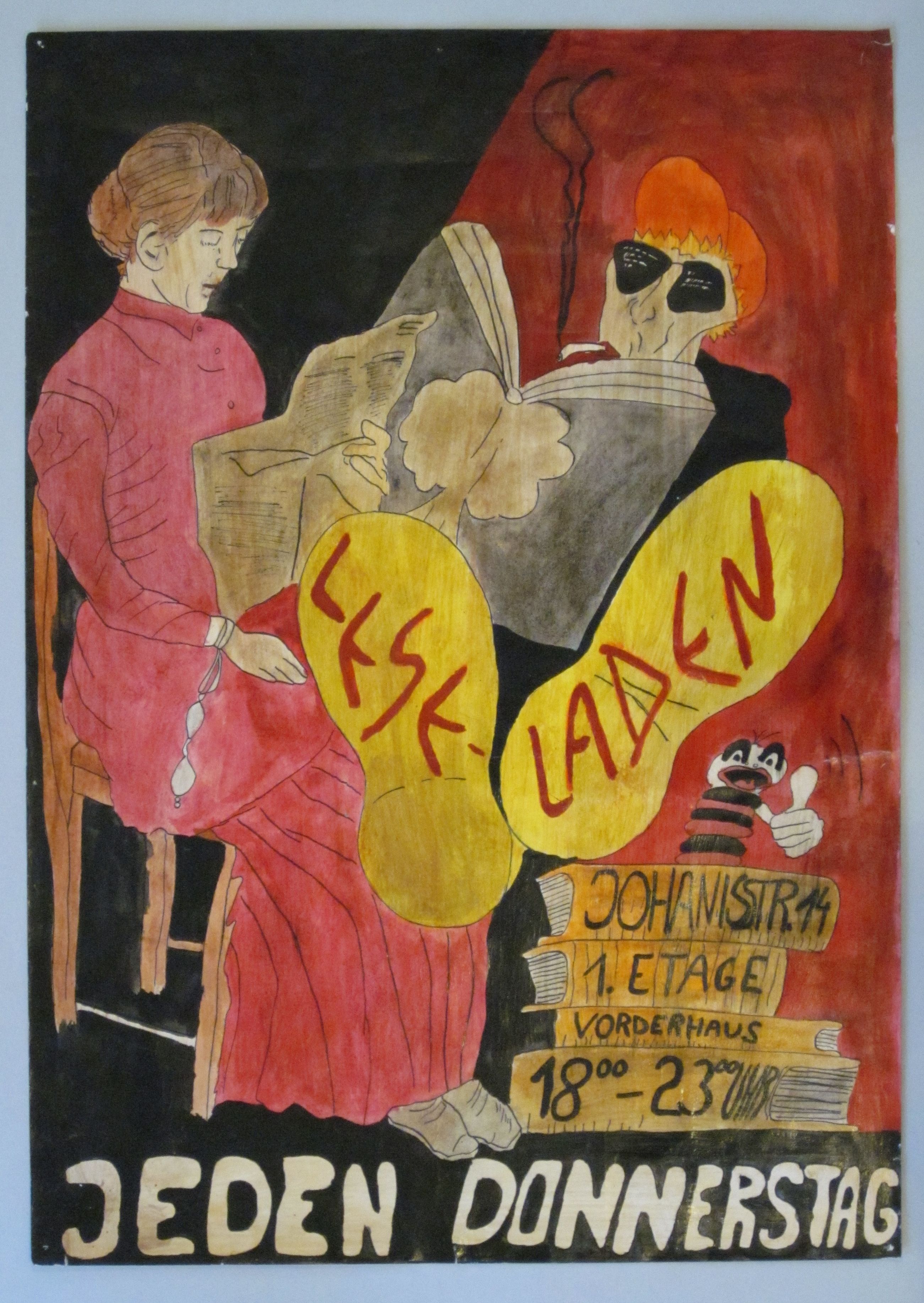 The Jena Leseladen (lit: reading shop) inspired by the East Berlin Environmental Library, opened in 1988. It was supported by a group of friends active in the City Youth Parish (JG). This group was committed to planning for the future and saved incriminating and controversial writings so as to disseminate them amongst a broader audience. These writings were mostly from those authors who had been forced to emigrate from the GDR, particularly those belonging to the Jena Society for Peace. The Jena Leseladen was also able to spread West German literature by clandestine means. The Leseladen became an important communication center for opposition groups in Jena.