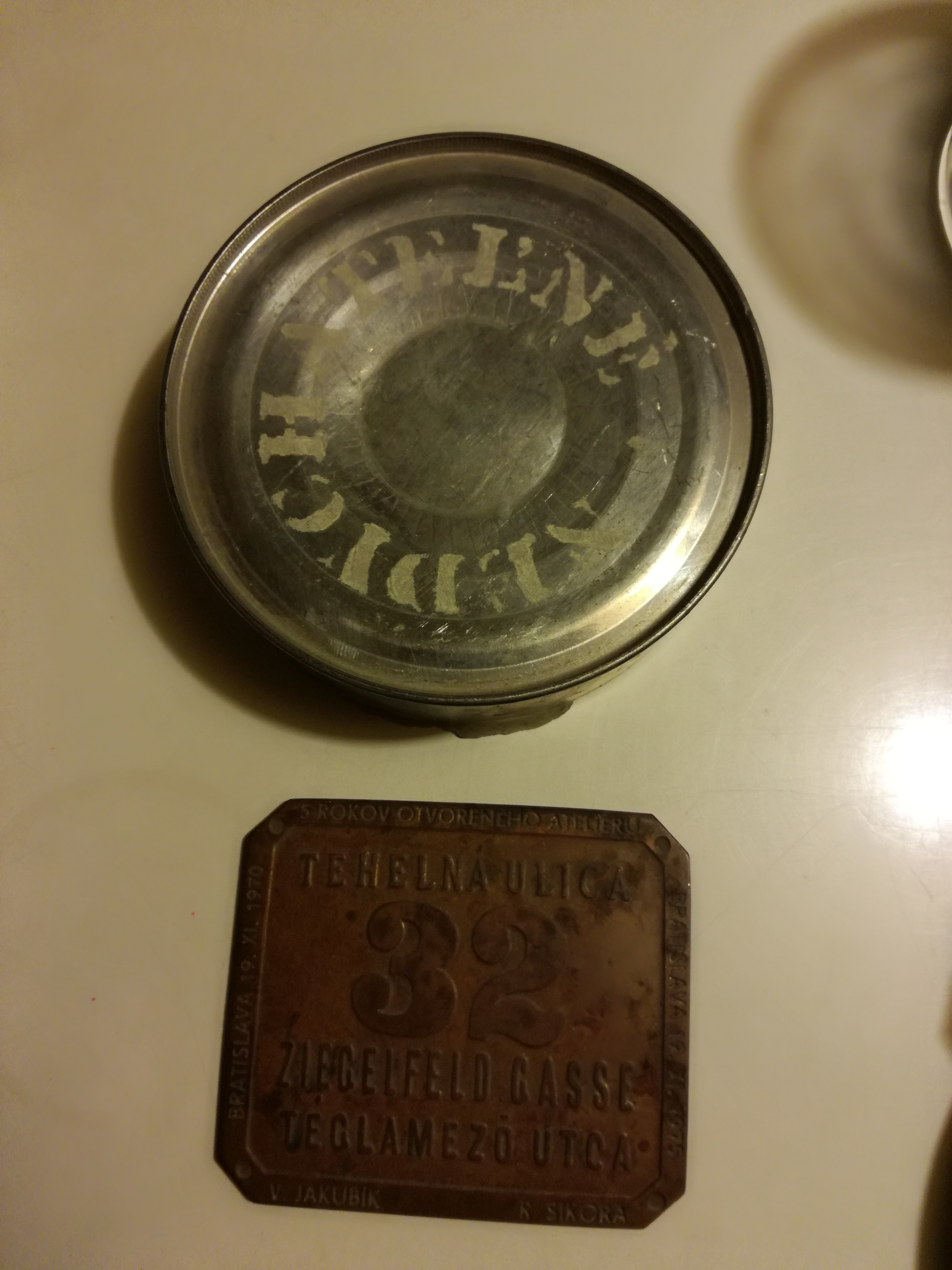 A tin called Atmosphere 1970 – Unbreathable, is a genuine artefact from the 1. Open atelier of Rudolf Sikora, originating on 19 November 1970, which took place at his apartment at 32 Tehelná street. The tin is a witness to a metaphorical message. This masterpiece is also to be found in the Slovak national gallery collections. On one hand, it represents something hermeneutically sealed as a parallel to a “normalised” society. On the other hand, the inability to breathe indicates the very conditions within the society where no freedom can be allowed and nothing from outside is allowed to get in. Furthermore, since Rudolf Sikora came across the Rome club outcomes, an international organization dealing with climate change, he could have referred to climate changes as well as an eminently growing environmental threat to the society. This particular artefact undoubtedly added to the reasons why he was constantly interrogated by the state security, the ŠtB. One of the reasons he has managed to keep this piece was that he had produced many of them. Currently, he keeps it also in his private collection as a personal memory of the 1. Open atelier.