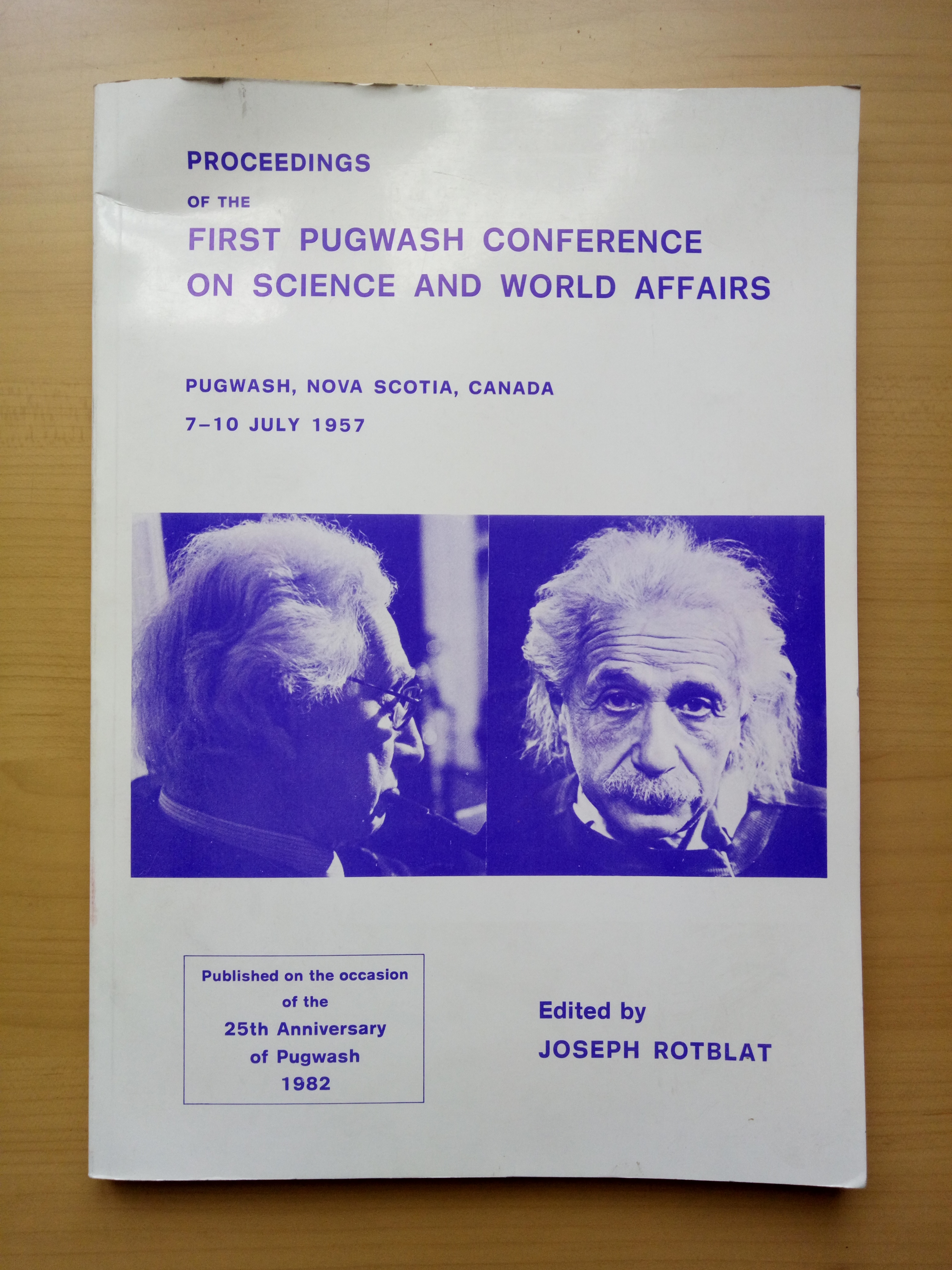 The Pugwash Conferences on Science and World Affairs (popularly called the Pugwash Movement) is an international organisation of scientists and intellectuals who advocate world peace. It has emerged as an international conference on science and global problems, and at the time it was “a significant international factor and channel of communication among scientists,” (Knapp, 1995, 71), primarily discussing the dangers of the development of nuclear weapons.

After each conference, the presented papers were published, but this was not the case with the first conference held in 1957. Only in 1982, on the twenty-fifth anniversary, were the proceedings published with all papers and almost all materials that were then discussed. The first conference was attended by 22 participants (of whom sixteen were physicists, two chemists, one biologist, two physicians and one lawyer) from ten countries (seven from the USA, three from the USSR, three from Japan, two from the United Kingdom, two from Canada, and one each from Australia, Austria, China, France and Poland) (Rotblat 1982, 11).

The first conference ended with a joint warning from scientists from all five countries that had or were developing nuclear weapons that the potential nuclear war would end as a “world catastrophe, with hundreds of millions people killed instantly, and hundreds of millions more dying in the aftermath” (Knapp 2013, 88-89). Croatian scientist Ivan Supek was the first man from Yugoslavia who joined the Pugwash Movement and promoted its ideas. At that time, due to plans on the possibility of developing a nuclear program, the Yugoslav authorities received the ideas of this anti-nuclear movement with scepticism. Thanks to Supek's advocacy, the Yugoslav public became aware of the movement and their activities.

Rotblat, Joseph. 1967. Pugwash: A History of the Conferences on Science and World Affairs. Prague: Czechoslovak Academy of Sciences.