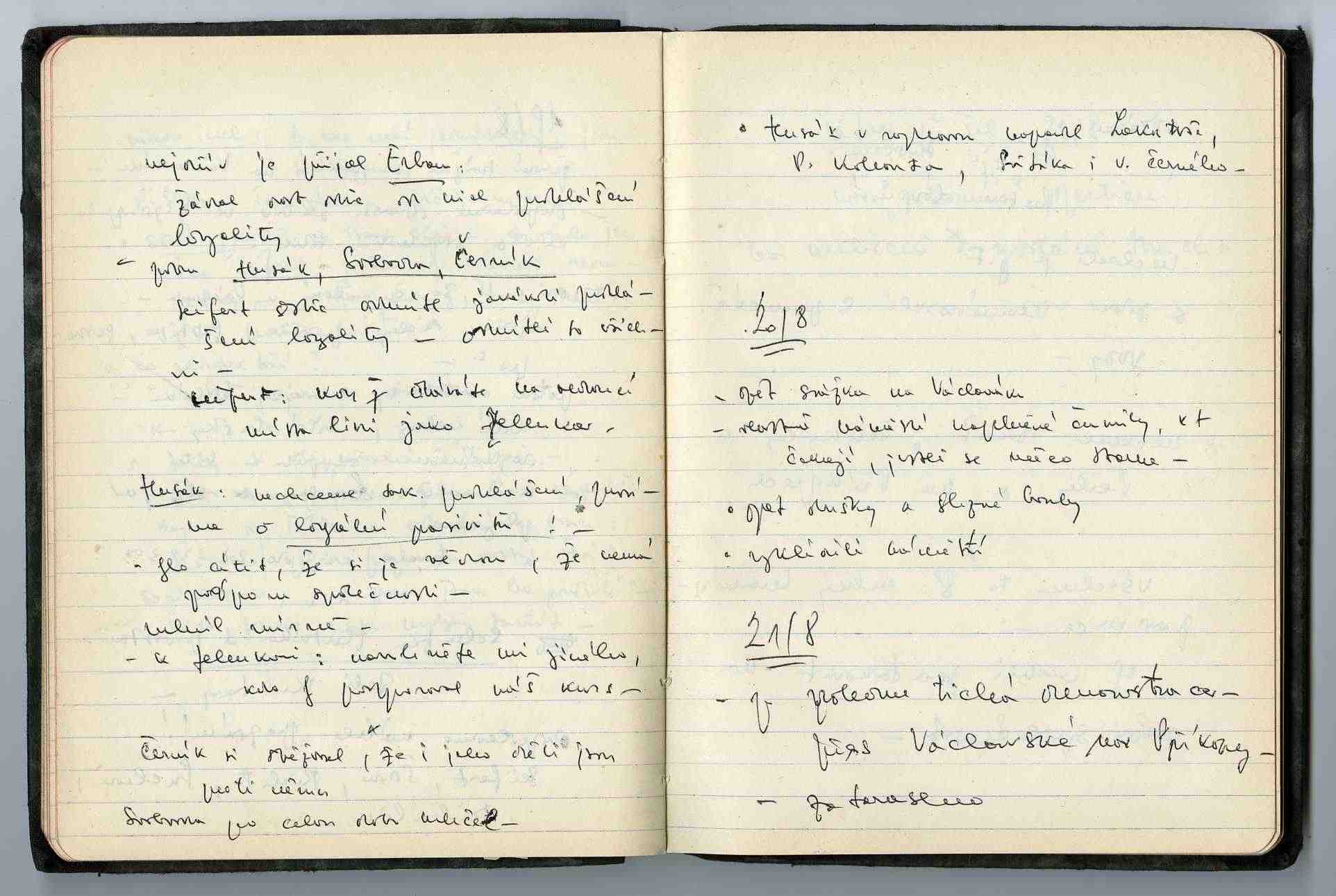 Jiří Lederer's personal memos are from the meetings, consultations and sessions, especially from the Union of Czech Journalists from 18 April 1969 to 22 August1969. The book ends with notes from the events of the 1st anniversary of the occupation of Czechoslovakia by the Warsaw Pact troops.

These notes capture the thoughts and encounters with various people during these dramatic days, as well as the feelings of Jiří Lederer, a prominent journalist, dissident and eventually an exile.

In the notebook remarks on Husak, Svoboda and Cernik, as well as known Czech writer Seifert, can be found in addition to short notes on the "silent demonstration" on Wenceslas Square on August 21. These notes serve as a unique example of journalist scriptures from the dramatic August events of 1968.