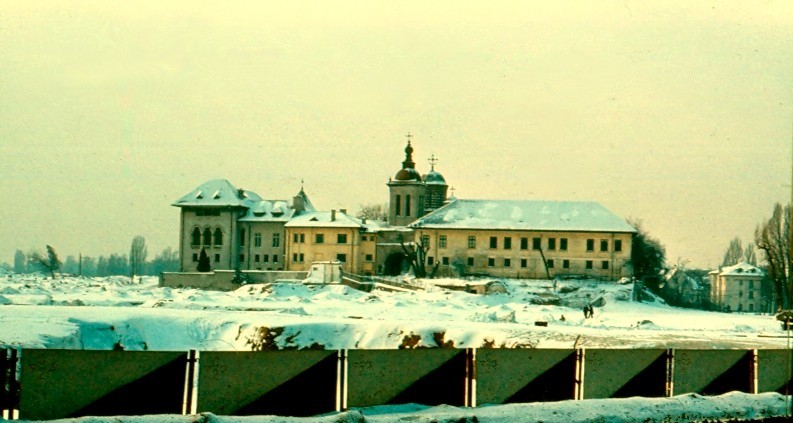 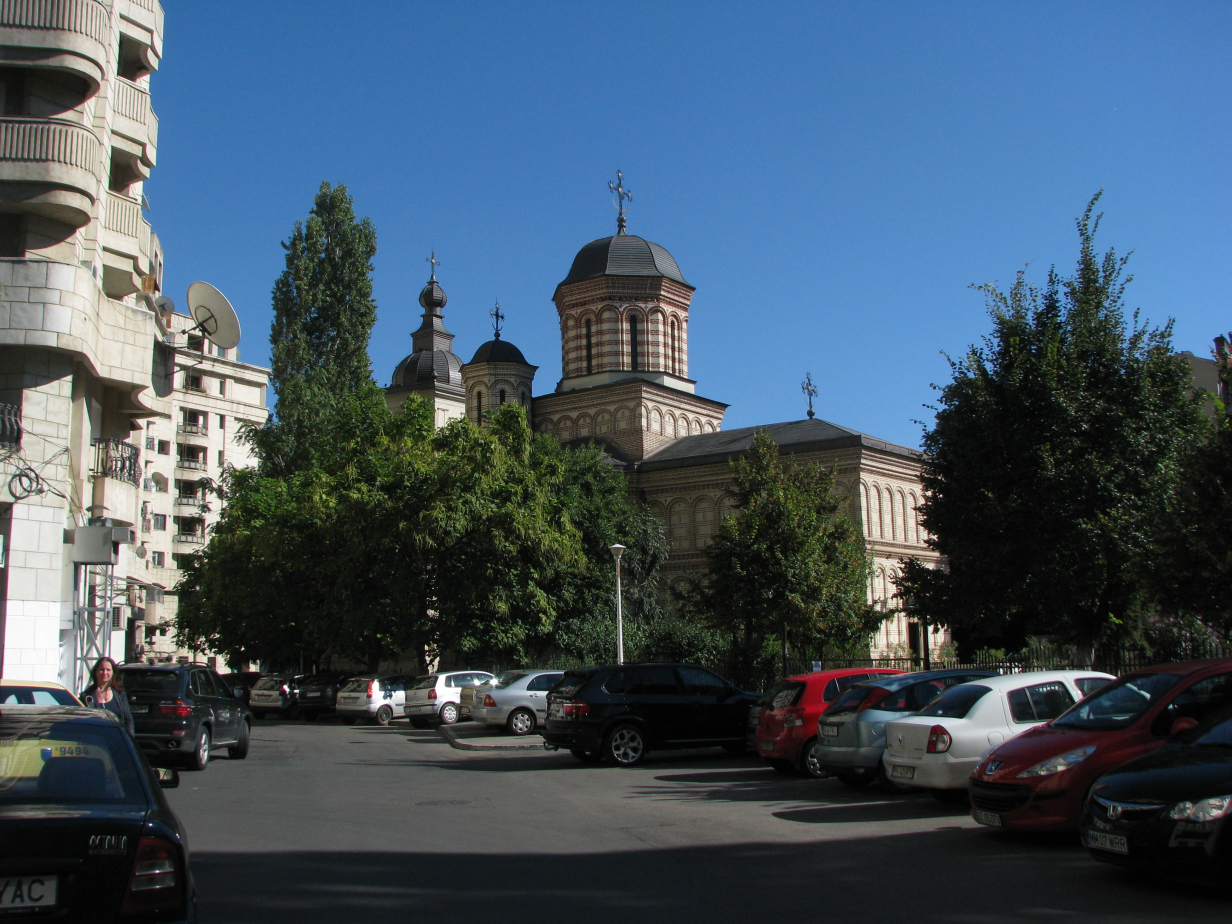 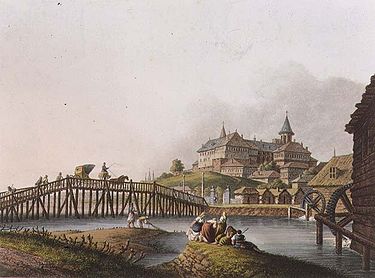 The church of the former Mihai Vodă Monastery is one of the oldest surviving buildings in Bucharest. The monastic complex of which it was part, nowadays partially destroyed, dated from 1594, and had served various purposes over the centuries, including princely residence, military hospital, and medical school. The most important of these was its transformation into the home of the State Archives after the founding and international recognition of the modern Romanian state in 1862. The Mihai Vodă monastery, an emblem of premodern Bucharest, was founded by one of the most important rulers in the pantheon of the national history of the Romanians, Michael the Brave (Mihai Viteazul), whence its name. As ruler of Wallachia in the period 1593–1601, he was the only leader of any of the premodern states existing within the present boundaries of Romania who managed to bring under his military control, “to unify,” for a very short time (1600–1601) a territory approximately corresponding to that of contemporary Romania. For this reason, Michael the Brave has been considered to be a key figure in national history, starting from the early nineteenth century and the first professional attempts to codify that history into a narrative frame. Paradoxically, communist historiography conferred on Michael the Brave an infinitely more important role in national history than he had ever been accorded by historians before the First World War or in the interwar period. Due to the teleological reading of national history that characterised the (re)interpretation of historical materialism in the time of the Ceauşescu regime, Michael the Brave came to be seen as prefiguring the so-called “Union of 1918.” This expression refers to the joining of the historical regions of Austria-Hungary with a majority Romanian population to the Old Kingdom of Romania, which did not in fact happen until after the Peace Treaties of Saint-Germain (1919) and Trianon (1920). This historic moment became fundamental for the national identity of the Romanians following the (re)codification of national history under the direct guidance of the Party and the imposition of this version as representing the “single historical truth” through the intermediary of the documents adopted at the Eleventh Congress of the RCP in 1974. According to this interpretation, Michael the Brave was the first ruler who achieved the union of the Romanians and anticipated by his actions the culminating moment of national history, the “Union of 1918,” which was achieved by popular action from within, the “will of the masses” of Romanians, and not at the negotiating table. This image of Michael the Brave was intensely promoted under the Ceauşescu regime, not only through school textbooks or works of historiography, but much more efficiently through the intermediary of a cinematographic narration: the film Mihai Viteazul (1970), in which the protagonist is played by one of the best loved actors of the communist period, is to date the most viewed Romanian historical film, with over thirteen million viewers, and in third place in an overall ranking of films produced in Romania, with only 1.3 million viewers less than the film that takes first place.

In spite of the special importance of this historical figure in the redefinition and reproduction of national identity under the Ceauşescu regime, the monastery complex that he founded and that had constituted an emblem of pre-modern Bucharest became the victim of the most notorious of the demolitions ordered by the same regime. Due to the elevated position that it occupied in the urban landscape, its site was destined for the House of the People. Consequently, in 1985, the monastery ensemble was demolished, while the church and bell-tower were moved from their original position to make room for the communist architectural ensemble, whose pièce de résistance was to be the House of the People, today home to the Romanian Parliament. Initially scheduled to be demolished (and thus to share the fate of the twenty churches that were demolished between 1977 and 1989), the Mihai Vodă church was saved from destruction at the last minute. The compromise solution was to move  it from the hill on which it had been established by Michael the Brave to a new position at the foot of the hill, where it would be hidden by the new apartment blocks that were to be built. As a result of the operation of moving the church down a slope, it was shifted a distance of 289 metres, descending by 6.2 metres. Initially sited on the Mihai Vodă Hill, at what was then Str. Arhivelor no. 2, it is now to be found at Str. Sapienţei no. 4. In the course of this process of radical reconfiguration of the centre of the city of Bucharest, another eight churches were moved in the same way as the Mihai Vodă church. These operations necessitated much inventiveness on the part of the engineers, and so may themselves be counted among the actions of cultural opposition, of finding a way not of directly disobeying the orders received but of moderating their consequences by proposing solutions that would be tolerated. In Alexandru Barnea’s private collection there are three photographs of this church, taken in 1985, a few months before it was moved. They stand as testimony to the policy of remodelling the past that was characteristic of the Ceauşescu regime, which made intense use of national history for the purposes of legitimation, but at the same destroyed all that did not fit the new secularised version of that history. By transforming all national history into a prehistory of the Communist Party, past rulers who had fought for “unity and independence” became precursors of the General Secretary of the Party, who – continuing their model – was trying to pursue a policy of distancing in relation to the Soviet Union. However all that did not fit the atheist vision of the communist regime was condemned to oblivion or even to destruction. Actions such as that of the collector Alexandru Barnea contributed decisively to the preservation of the pre-communist historical memory of the Romanians.