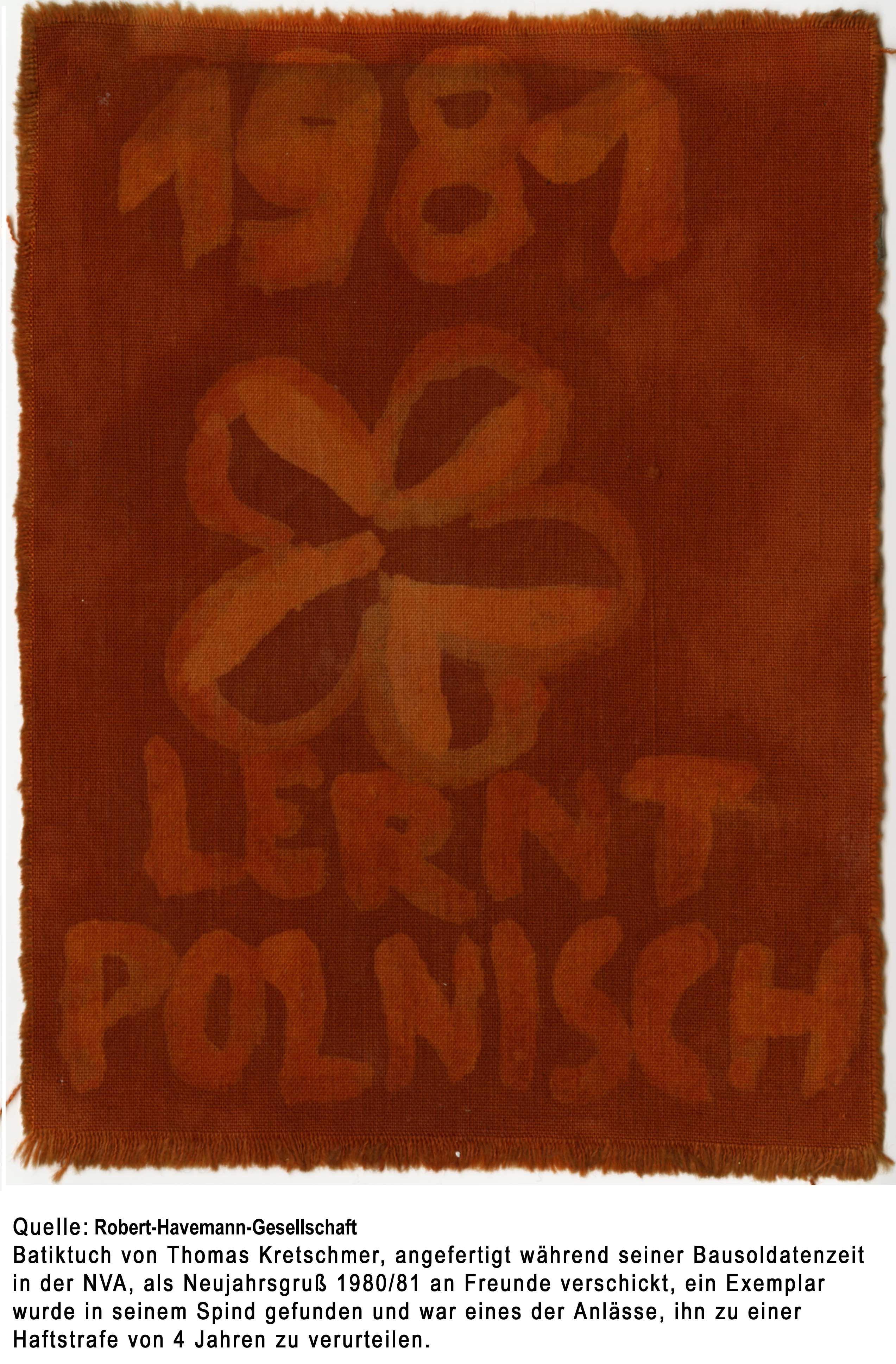 This Batik print was produced by Thomas Kretschmer to demonstrate solidarity with the Polish workers of the Solidarność movement. He sent it to friends as a New Year’s greeting in December of 1981. The cloth was discovered; Kretschmer was arrested and subsequently betrayed by his lawyer, who was an Informal Collaborator for the Ministry of State Security. Thomas Kretschmer was sentenced to four and a half years imprisonment.