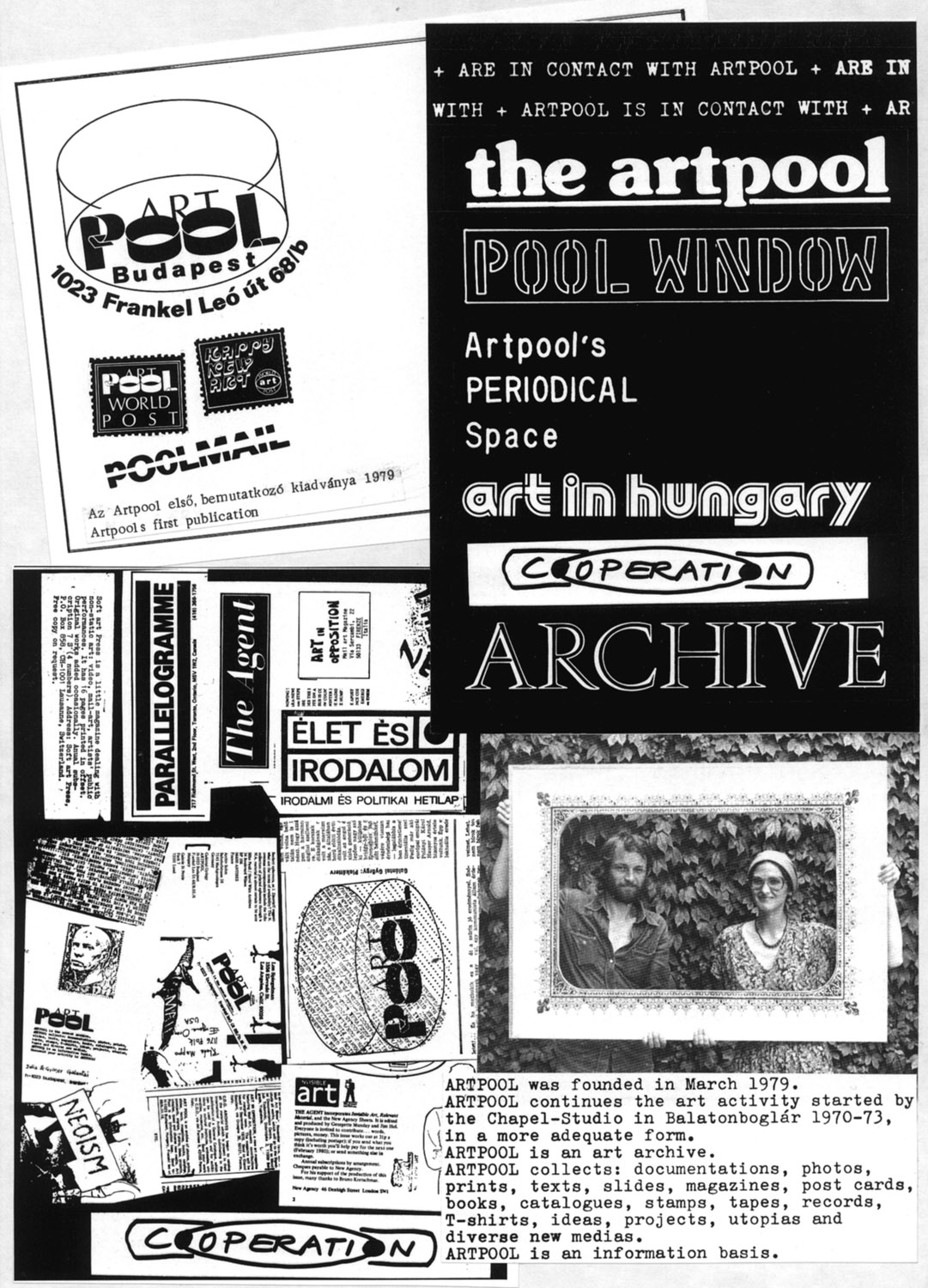 Before founding AL (Artpool Letter), Artpool had been taking efforts to establishing and sustain an alternative audience and public forum in order to break a lack of information in the Hungarian art world. Pool Window, a one-page Mail Art newsletter running 30 issues, was the first periodical issued by György Galántai and Júlia Klaniczay. They used it to distribute actual Mail Art calls from the international network among Hungarian artists. Their goal was to inform and motivate them to join the Mail Art network. Pool Window inspired some Hungarian artists and artist groups (András Lengyel, Group Xertox, Group Inconnu, etc.) to create Mail Art works and to start circulating their own calls and projects in the network. As the newsletter genre proved to be insufficient for its this function, Artpool stopped the production and started to work on AL, one of the first Hungarian art samizdat periodicals.