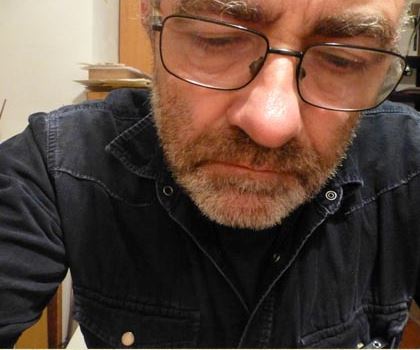 Marijan Molnar was born in Reka near Koprivnica on November 10, 1951. He graduated with a major in painting from the Academy of Fine Arts in Zagreb in 1976. For four years, he was an associate in the Master Workshops of painters Ljubo Ivančić and Nikola Reiser, and also collaborated with the artists gathered around the Podroom Gallery and Extended Media Gallery in Zagreb. He participated in about 100 group exhibitions and about 40 solo exhibitions, carried out a number of actions and performances, most notably "For the Democratization of Art," " Burning Paper on Snow," "Three Square on the Earth," "Memory on Three of Square," and "Do you like it...?"

Art historians and museum scholars emphasize that Molnar was one of the pioneers of conceptual art in Zagreb in the 1970s. Although initially relying on painting as a medium, very early he began to practice art based on the experiences of the "New Artistic Practice". Igor Loinjak states that since the beginning of his career, Molnar has shown a broad range of interests, and followed world trends and approached art from the processual point of view. He differs from other conceptual and post-conceptual colleagues by his pronounced socially based activism, which is particularly reflected in the "For the Democratization of Art" cycle, where Molnar, using the language and methods of the socialist ideology such as state symbols (the five-pointed star), pointed out the link between art and the broader social context of that time." (˝Izložbom ‘O prvom i drugom’ Marijana Molnara otvorena nova sezona u Galeriji Kazamat˝. Osijek031.com, September 26, 2016.  http://www.osijek031.com/osijek.php?topic_id=64086)

He established intense cooperation with the artists gathered in the Podroom Gallery in Zagreb in the period from 1977 until 1983, where he was involved in many events and exhibitions. He was also involved in the activities of the Extended Media Gallery in Zagreb, where he staged a solo exhibition in 1981. Besides his subversive artistic work "For the Democratization of Art," he was not involved in any direct opposition to the socialist regime.

Today, Molnar continues his work through the PLEH artist collective, founded in 2007. Apart from Molnar, the group includes Kata Mijatović, Vlatko Vincek and Zoran Pavelić. PLEH wants to revitalize and actualize the meaning of Molnar's slogan "For the Democratization of Art," which it has done through exhibitions in Koprivnica in 2008, Subotica in 2009, Sarajevo in 2010 and in Ljubljana in 2014. (Jasmin Duraković. ˝Korak za demokratizaciju umjetnosti!˝ Depo Portal, June 26, 2010.   http://depo.ba/clanak/10097/korak-za-demokratizaciju-umjetnosti#17)