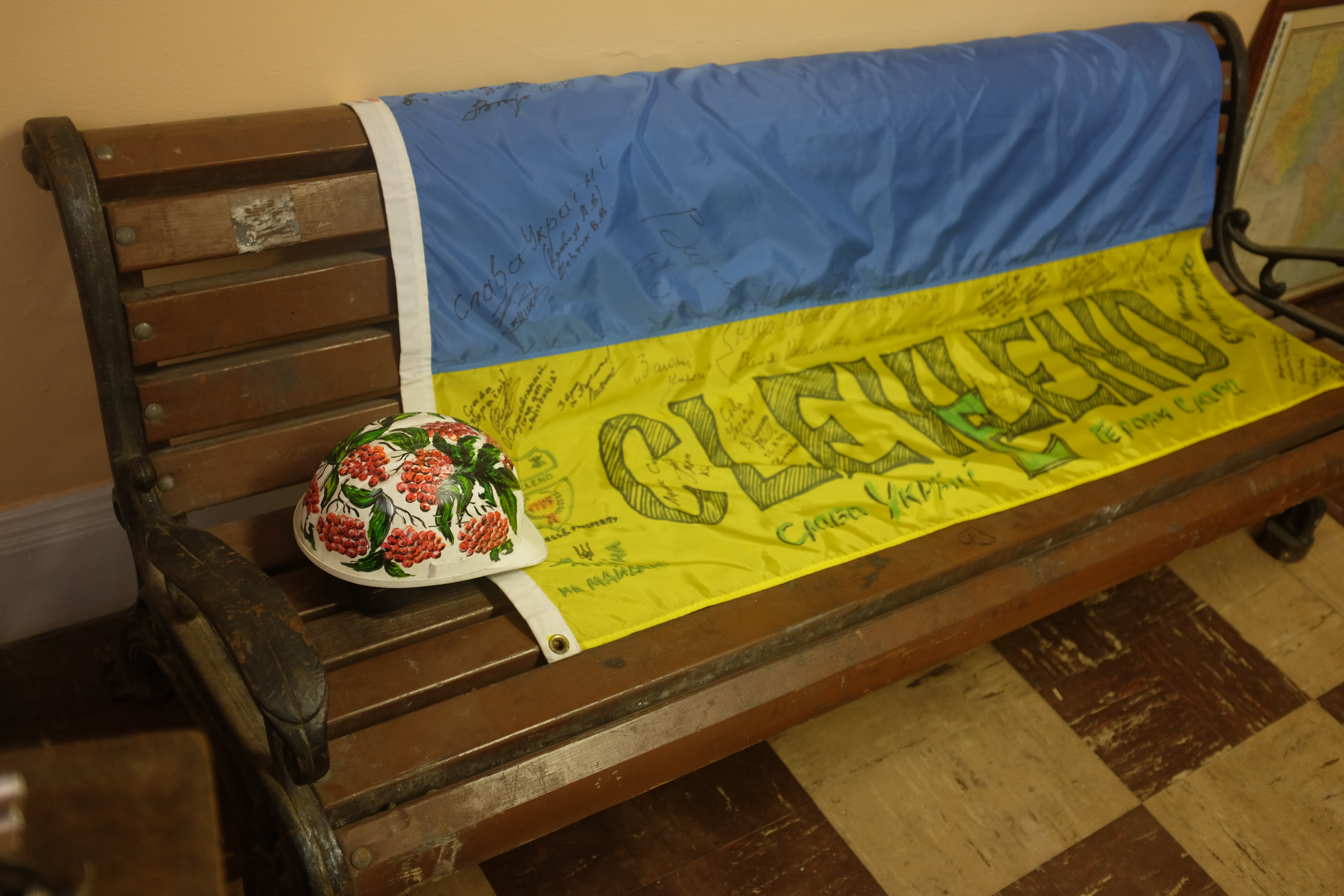 As government violence increased against pro-Europe activists involved in the Maidan protests of 2013-2014, demonstrators began building barricades for defense. The Ukrainian Museum-Archives has in its permanent collection a park bench from Kyiv, which was used as part of EuroMaidan barricade. Harlan Crow, an eccentric real estate developer from Texas, purchased the bench in 2015 through channels that remain unknown and brought the item back to Dallas. Crow has particular interest in pro-democracy movements worldwide and has a vast personal collection of toppled statues of authoritarian figures and other memorabilia from former communist countries.  He is also a staunch Republican and supports campaigns like those of Senator Rob Portman, who is big supporter of the UMA. Portman suggested that Crow donate the bench to the Ukrainian Museum-Archives, an institution that collects and preserves artifacts that are important for Ukrainian history. Portman is co-chair of the Senate caucus on Ukraine and feels that it is important to support Ukraine’s sovereignty and democratic development. Therefore, he and members of his staff are frequent visitors to the UMA and have also traveled to Ukraine to observe firsthand what is happening there.

This piece in the UMA’s collection demonstrates that its mission also aims to engage the present historical moment, which involves grappling with Ukraine’s difficult past and complex relationship to communism. The Euromaidan caused a fissure in Ukraine, further polarizing conversations about history, memory and the crimes of communism. Moreover, this featured item also further underscores the importance of the Ukrainian community’s relationship to Ohio’s Congressional leadership, who through crucial interventions and ongoing engagement continue to support the UMA’s mission to preserve and disseminate Ukraine’s archival heritage.