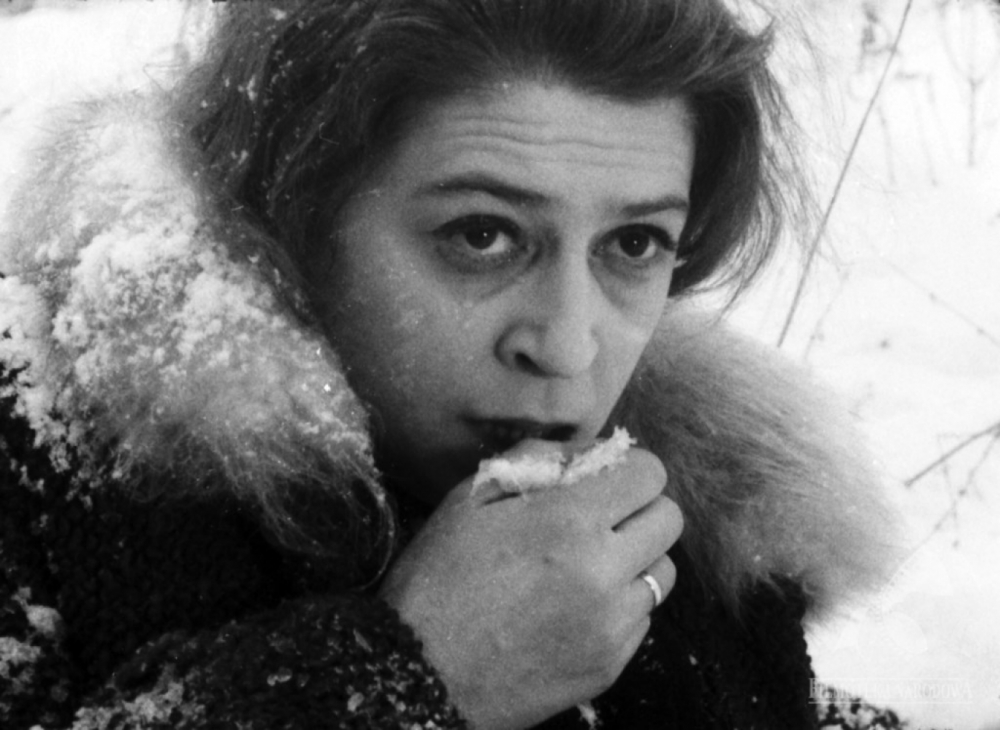 „By the railroad” is a film based on one of the novels of Zofia Nałkowska's „Medallions”, written just after the World War II (1946). This debut of Andrzej Brzozowski was banned from being shown publicly for 27 years. Zofia Nałkowska was a member of the Central Committee for Investigating German Crimes in Poland, a body documenting from 1945 to 1949 Nazi crimes on Jewish and Polish citizens during the Second World War. In her novels, Nałkowska in very modest, moderate way describes the atrocities of German occupation in Poland. The book “Medallions”, one of the most vital sources of social imagination about the World War II in Poland, is an important part of school curriculum, read by generations of Polish pupils.

Film “By the Railroad” by Brzozowski is an accurate film adaptation of Nałkowska’s novel under the same title. It concentrates on the Jewish woman who jumped off the train heading to concentration camp. She breaks her leg and lays on the ground by the railroad, while people from the nearby village debate what they should do with her. The plot of the novel and the film raises the issue (often neglected in official narrative) of Polish reactions to Holocaust and especially Jews trying to survive “on the Aryan side” - outside ghettos and concentration camps. The question of Polish “bystanders” to Holocaust, was only one of issues tackled in Nałkowska’s novels. Film by Brzozowski clearly concentrates on the indifference of the Catholic citizens of Poland in the face of perpetrations aimed at their Jewish compatriots.

Banning Brzozowski’s film from public distribution was a result of fear that this oeuvre could be used for “anti-Polish propaganda” and could “threaten Polish reason of state” (Preizner 2010). Events presented in the film contrasted with the historical narrative of Polish authorities, which presented Polish citizens as victims of Nazi crimes and neglected the importance of Jewish experience.

Film critics (Preizner 2010, Calderón Puerta 2010) state that the film itself is more suggestive than Nałkowska’s novel. Role of Halina Mikołajska, austere filming, concentration on one short plot have a great influence on the audience. However,  the film was shown in public television broadcast only in 1992 (sic!), late in the night and without any meaningful public discussion.