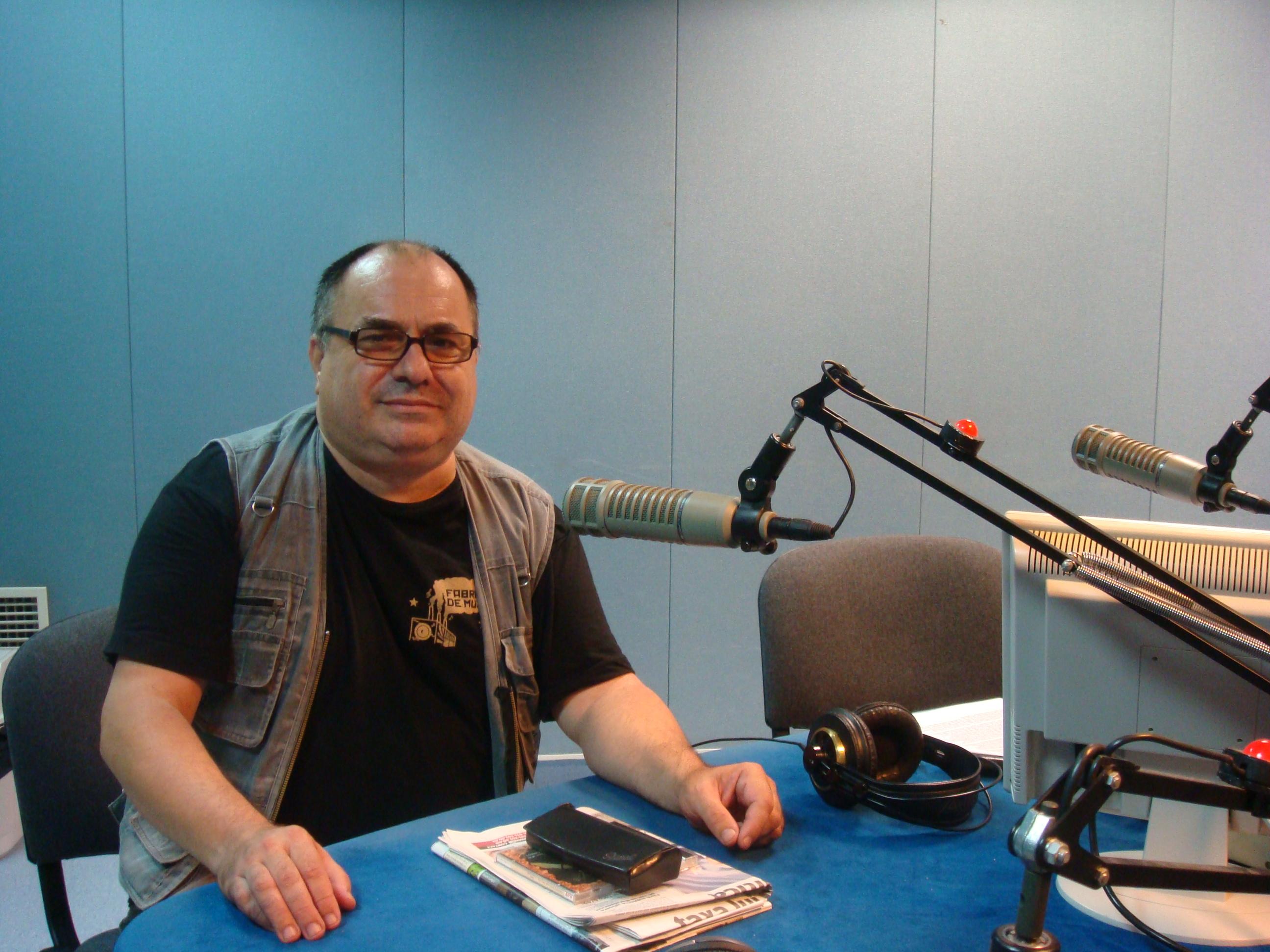 Nelu Stratone (named Ion Stratone on his identity card, born 6 August 1949) graduated from the Statistics Section of the Faculty of Economic Calculation and Economic Cybernetics of the Academy of Economic Studies in Bucharest in 1973. At high school and in his first years at university he performed as solo vocalist and bass in various obscure bands. For almost twenty years, starting from 1973, he pursued a career in the field of informatics, and was one of the pioneers of Romanian informatics, an analyst-programmer (specialized in Cobol), then project head at CENTROCOOP (1974–1981), and later at the Computing Centre of the Ministry of Electrotechnical Industry (1982–1991). After the fall of communism he was employed by Cavcoop, Kruger Brent, and Mixt Com. Among the important works that he designed, programmed, and implemented may be mentioned the automated system for salary calculation in consumer cooperatives (1975–1978), which was introduced in all the counties of Romania and remained in operation until 1989, and the distributed automated system of the machine construction ministries using the RENAC/RENOD network (1986–1988). Nelu Stratone was one of the first certified IBM PC teachers in Romania, with the result that in the period 1986–2004 he delivered over a hundred training courses for IBM PC users. In the period August 2007 – August 2014, he was a higher expert at the Romanian Copyright Office (ORDA)

Nelu Stratone has also had a career in the field of radio, being a musical editor at Radio Nova 22 (1991–1992), Radio Tinerama (1993–1999), Radio România Tineret (Radio Romania Youth) (1999–2007), Radio București (2001–2007), Radio Vacanța Costinești (2003–2004), and Radio România Actualități (Radio Romania News)(2006–2008) with specialized programmes promoting Romanian rock, “A lu’ Nelu” (Nelu’s) and “Top N,” as well as weekend morning shows. He has a good knowledge of the history of musical clubs before 1989 and has been involved in the activities of a number of them since 1989. Since the fall of communism, Nelu Stratone has collaborated with numerous newspapers, magazines, and specialized periodicals, such as Puls Rock (1992), Tinerama (1993–1996), Vox Pop Rock (1994–1996), Art & Roll (2003–2005), Sunete (Sounds)(2006), and Arta sunetelor (The art of sounds)(2009–2016). On top of that he is the author of materials about rock music and its history that have been included in volumes coordinated by other authors, including Ioan Big’s two volumes Era punk (The punk era, 2003) and Blue, Black & White: Povestea Rolling Stones (The Rolling Stones story)(2006), two anthologies by Radu Lupașcu, Pe urmele lui Hendrix (On the trail of Hendrix)(2005) and Arta Sunetelor (The art of sounds)(2014), together with Culorile Sunetelor: Muzica și artele vizuale (The colours of sounds: Music and the visual arts)(2015), coordinated by both the authors mentioned above. He also collaborated on the trilingual volume Eleganța sunetelor (The elegance of sounds), which was published in Paris in 2013, coordinated by Traian Marinescu.