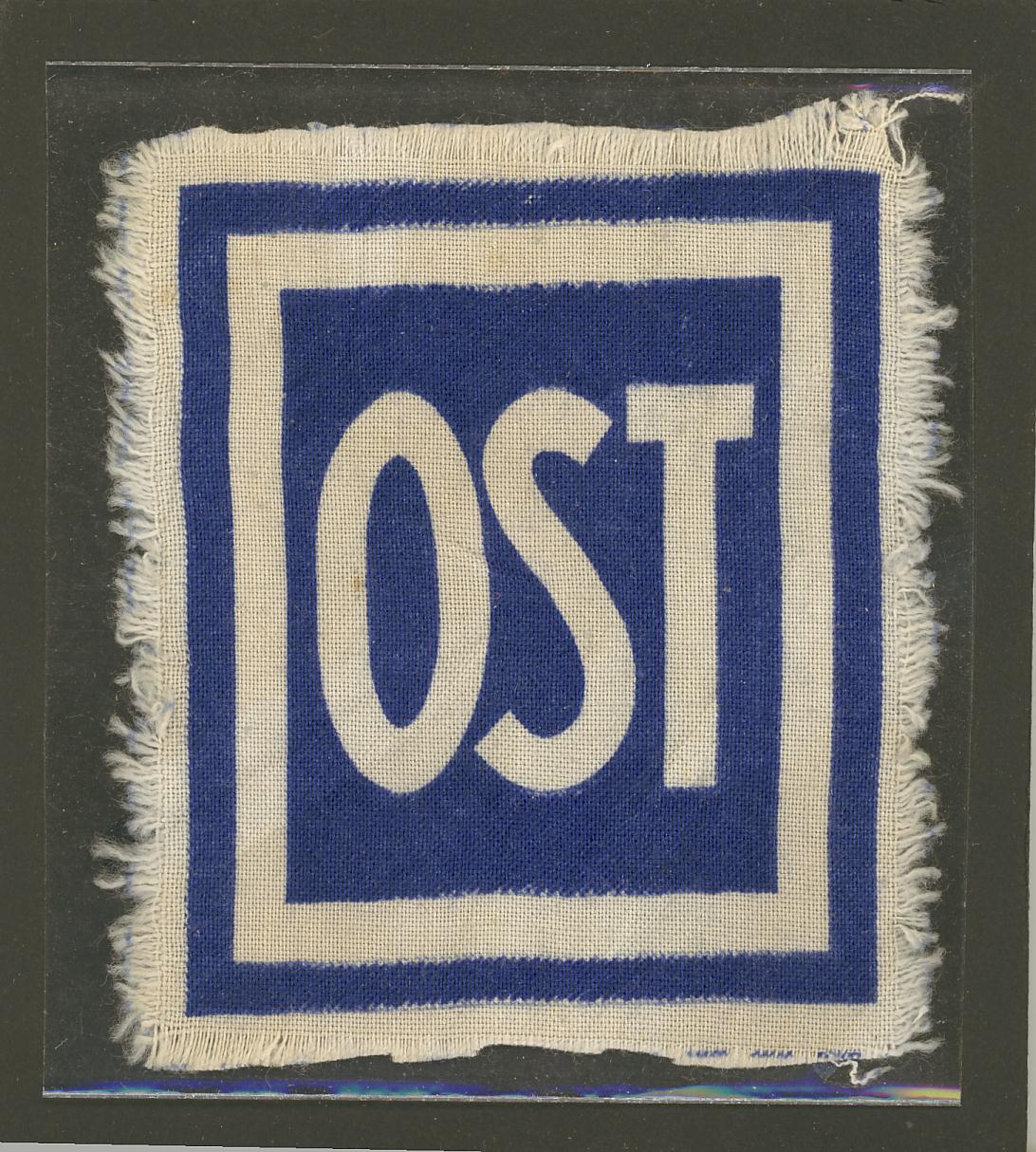 The Ukrainian Museum-Archives in Cleveland, OH has in its possession an OST-Arbeiter patch that belonged to Iwan Shuljak, the live in caretaker of the building where the museum is now located. This item is part of a vast collection brought to Cleveland from Deported Persons Camps in Germany. The materials include not only personal items such as the OST-patch, work papers, correspondences, journals and other publications, but also hitherto unseen memoirs that describe a relatively unknown chapter of European history—the experiences of Ukrainian refugees during and after WWII.

Shuljak was a fixture of the Ukrainian Museum-Archives, living in a spare room on the second floor of the museum. He sat on the porch reading, cleared the snow in winter, cut the grass in spring and summer, in order to show that someone cared for the UMA and its staggering collection of memorabilia, documents, books and artifacts. A lifelong bachelor, Shuljak was born in 1911 to a family of farmers, he lived through collectivization, the famine, as well as brutal arrests and interrogations from being designated a “class enemy.” He carried scars for his entire life where a Checkist had cracked his skull with a revolver, depriving him of hearing in his right ear. Once the Terror subsided, he was released to work on the railroad. After the Nazis invaded the USSR in 1941, Shuljak, along with 2 million other Ukrainians, was taken to work in the German economy. Shuljak’s experiences are important, as they show why diaspora communities were often staunchly anti-Soviet in their outlook and why they expended so much energy and effort in documenting and preserving their heritage.

Shuljak’s blue and white OST patch identifying him as a forced laborer is now part of the UMA’s permanent collection. Stateless when he moved to the US, he never became an American citizen, nor was he a citizen of Ukraine. With the help of the Ukrainian community in Cleveland, who lobbied on his behalf to expedite the process, he became a Ukrainian citizen at the age of 95 and finally made it home.