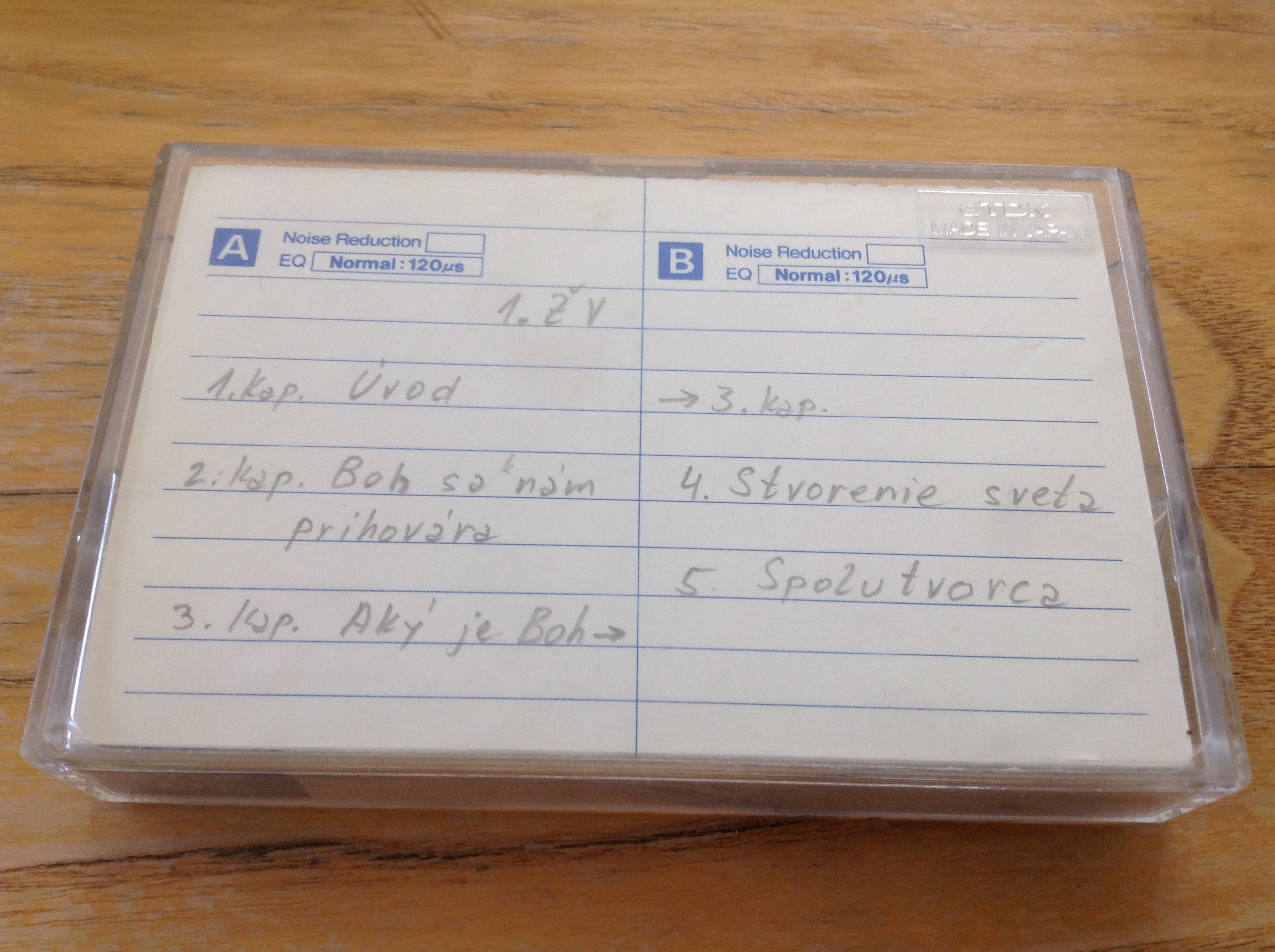 Cultural opposition in this case is mainly represented by samizdats. The second most important medium was audio cassettes, which reached thousands of young people in the underground church in Slovakia. The contents of these cassettes were varied, including novels for girls and boys, preparations for marriage, and spiritual exercises for adults. The copying of cassettes was mainly done by Mrs. Múčková's husband.