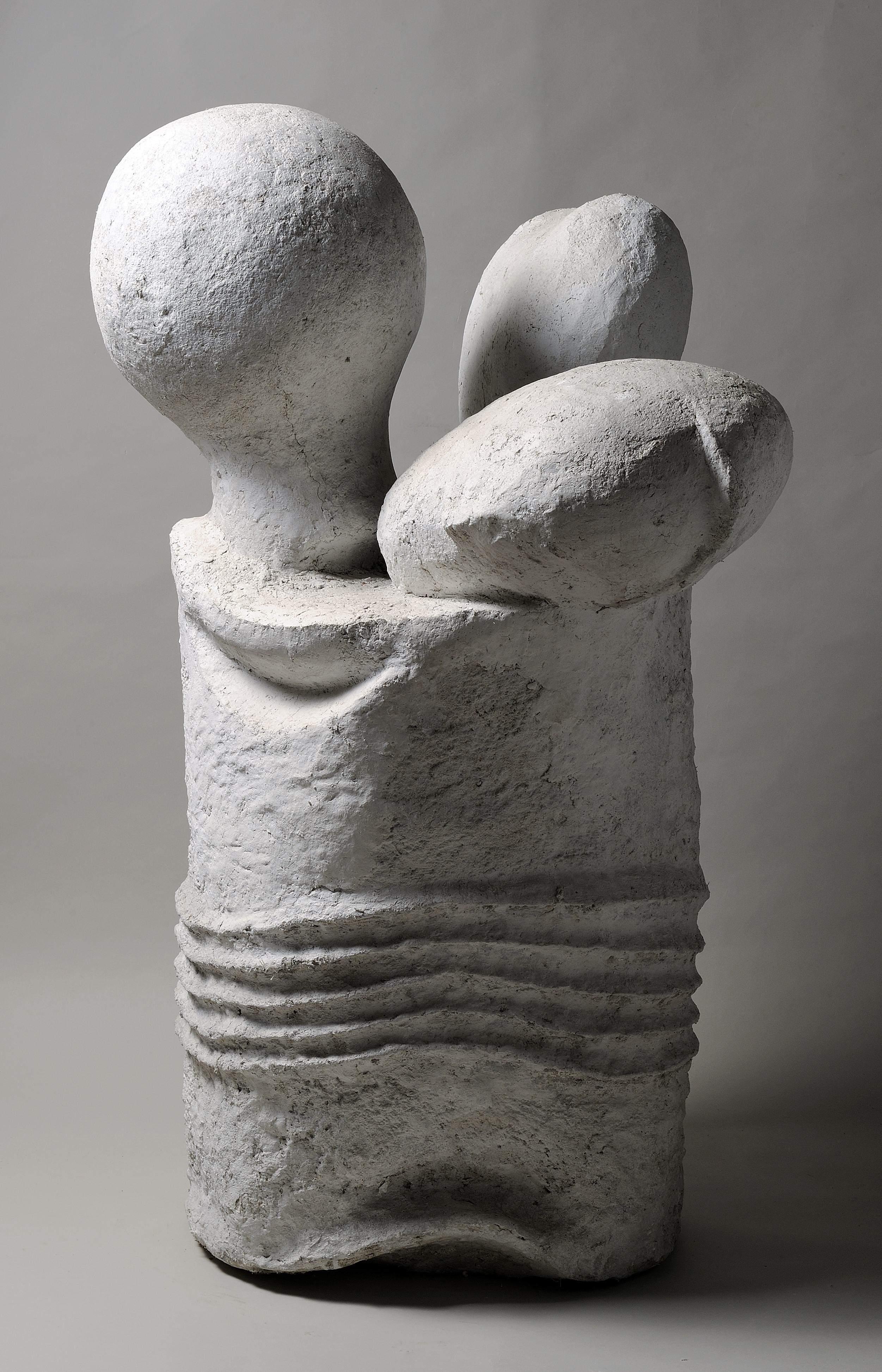 Věra Janoušková was a Czech sculptor, graphic designer and painter. In 1948 she married the sculptor Vladimír Janoušek, who was her fellow student at the Academy of Applied Arts in Prague. In 1960 she helped establish the UB 12 art group, and in the 1960s, alongside her husband, she was one of the most distinctive figures in the Czech art scene. However, as with her husband, she was one of the most persecuted artists during Normalization. She lost all public commissions, was forced to cut off her international contacts and until 1989 she was only able to rarely exhibit her works in unofficial places outside of Prague. After 1989, however, her work began to be exhibited once more, both at home and abroad. Her personal technique was the “stitching” of statues (mainly figures) with welding wire. She also created monochrome, mainly purely white statues from asbestos. From the 1970s an important part of her work also became paper collages.