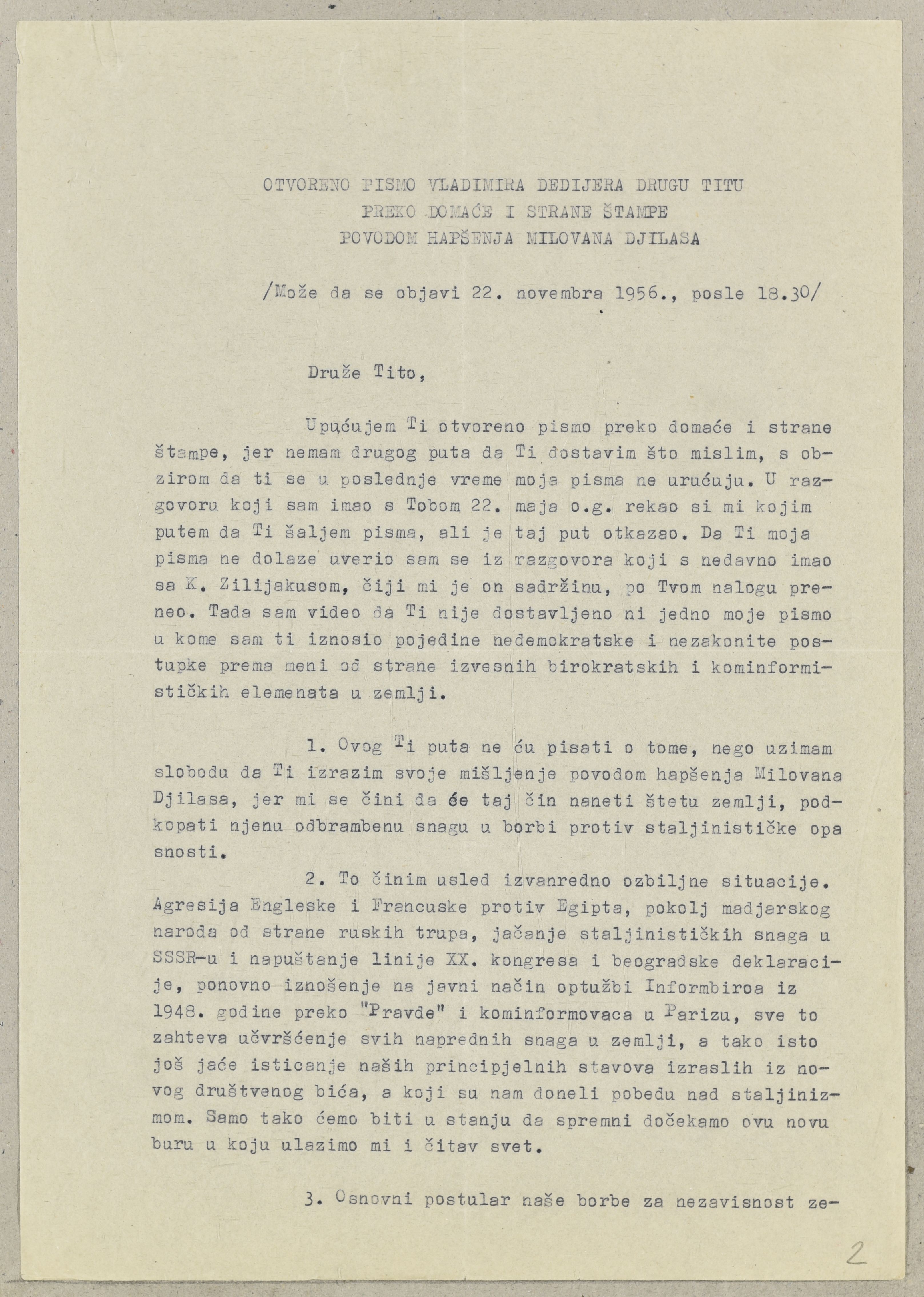 The Croatian State Security Service's operational data from the mid-1950s contain descriptions of the connections of Djilas supporters in Zagreb (the group around the banned weekly newspaper Naprijed) to the brothers Stevan and Vladimir Dedijer. Vladimir was editor-in-chief of the newspaper Borba at the time of publication of the Djilas articles. After a suspended year and a half sentence, he withdrew from political life and in 1955 emigrated to the United States. From 1950 to 1957, Stevan was director of the Nuclear Research Institute in Belgrade and the Rudjer Bošković Institute in Zagreb. Because of his public criticism of the Yugoslav nuclear programme, he was expelled from the Rudjer Bošković Institute, and in 1961 managed to emigrate to Sweden.

The documents in the Croatian State Security Service's file on the Djilas case and Djilas supporters in Croatia  include a transcript of Vladimir Dedijer's open letter to Josip Broz Tito. Dedijer protested against the prosecution and arrest of Milovan Djilas due to an interview in which he criticised the neutral position of Yugoslavia on the Soviet army’s intervention in Hungary, which he saw as tacit support for that action. He was arrested on 19 November, and on 12 December 1956 convicted to 3 years of strict imprisonment for “anti-Yugoslav activities.ˮ  Dedijer wrote, inter alia, that he is not defending Milovan Djilas as his personal friend, but rather because he has to stay “consistent in his conviction that they have to promote more democratic and humane forms” in Yugoslav society, that he cannot act against his conscience, defending in this way his personal integrity as a writer and intellectual.

The document is available for research and copying.