Protest poster "NO! to the Ecological Genocide" 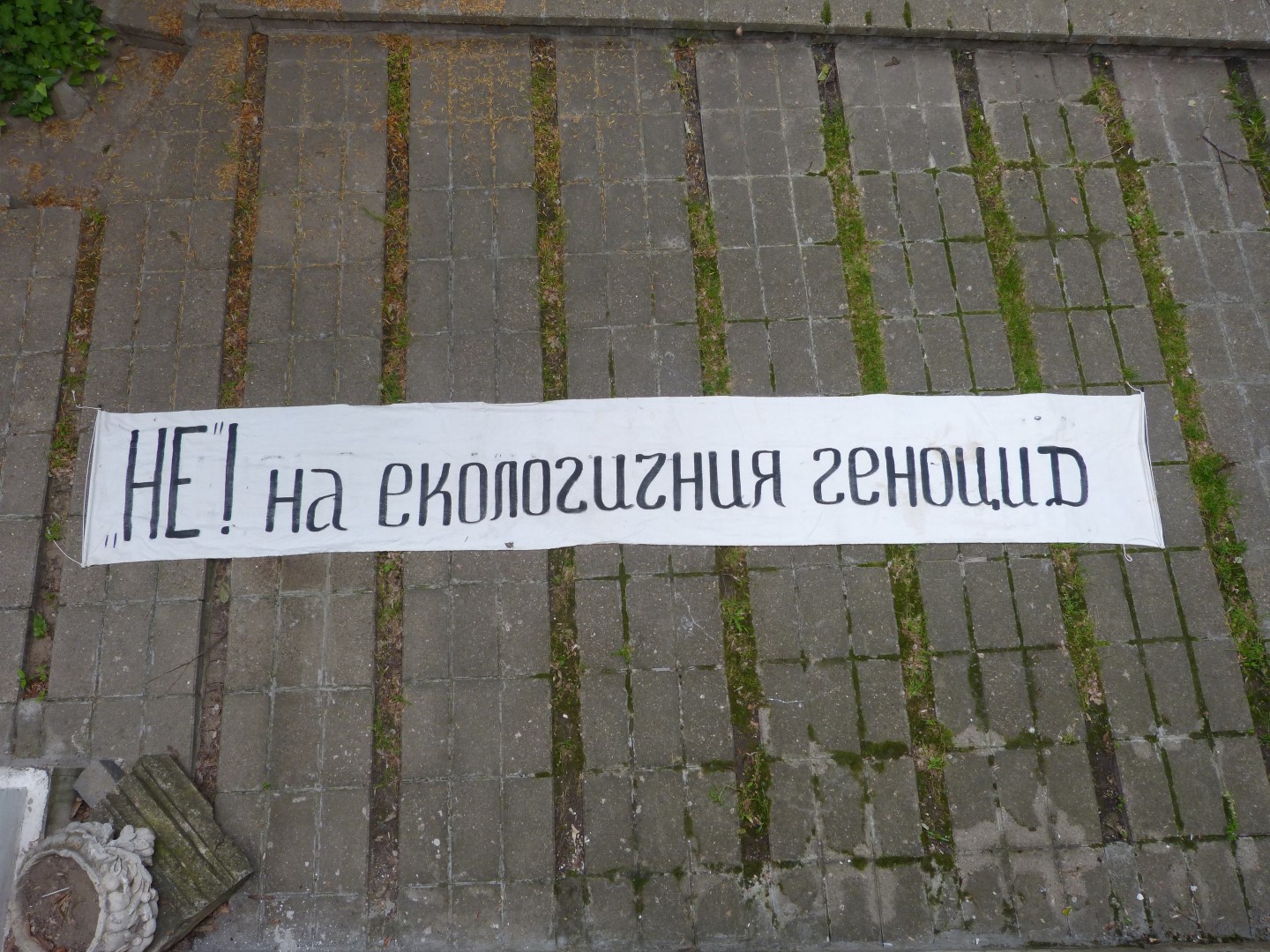 The years of continuing chlorine pollution of Ruse, as well as the lack of visible results from the actions of the local authorities in cooperation with the Romanian authorities, were sometimes interpreted by the locals as a purposeful act against their home town.

In this respect, the call for ceasing the "ecological genocide" does not appear as a dramatic overstate, but rather as an expression of the citizens’ desperation.

The poster was donated by Iskra Pencheva, participant in the ecological protests, to the Rousse Regional Museum of History in 1991.