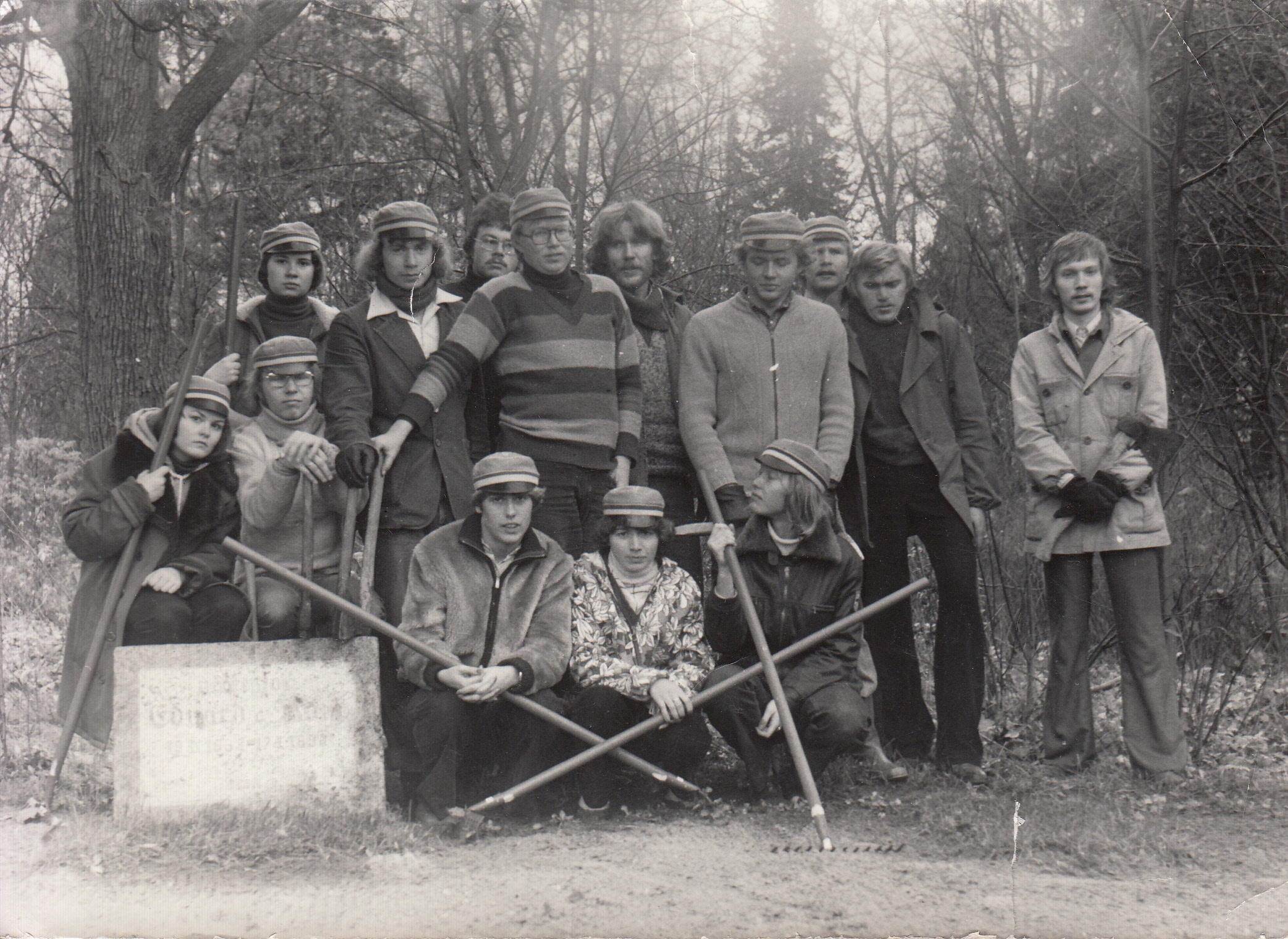 Noor-Tartu (Young-Tartu) was a non-institutional student movement in Tartu between 1979 and 1984 (from 1979-1981 it was called Kodulinn, or Hometown). It was formed mostly by history students who wanted to do something useful for their city, without being connected to any official institution. Arranging urban space, collecting antiquities and organising cultural events were the main activities of the movement. Various pieces of material (announcements, newspapers, overviews, photographs) about these activities have been preserved. Today, this material forms an unofficial private collection owned by the core group of the Noor-Tartu movement.