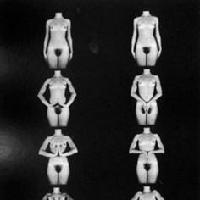 Zbigniew Dłubak Collection at Archeology of Photography Foundation
Zbigniew Dłubak collection consists of photographs, sketches, and notes, and was one of the first collections to be digitalized, catalogued, and managed by the Archeology of Photography Foundation. The objective of the Foundation was twofold. Firstly, the Foundation aimed to present the heritage of one of the most prominent Polish visual artist working in the socialist time without oversimplifying and putting him into official – dissent culture dichotomy, but to show his place in the wider context of European visual arts. Secondly, the Foundation digitalized and presented various parts of Dłubak’s collection using newest methods of archival preservation and created a fully researchable content. Part of the photographs included in the Dłubak's collection was never shown before to a wider public and was kept in the Dłubak’s private archive.
Skaityti visą
Zbigniew Libera Archive
Zbigniew Libera is one of the most renown Polish visual artists. He is considered to be the key figure of the Polish „critical art” of the 1990s and a pioneer of video art, which he had created since the early 1980s. Libera’s archive comprises materials from his childhood and youth (until 1991). These include notes, drawings, documents, photographs and video recordings, as well as his early edited works from the time when he participated in the Pitch-in Culture artistic milieu in Łódź.
Skaityti visą
1 - 2
1