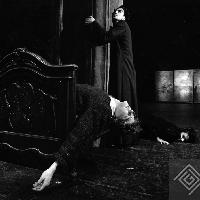 "Dziady" spectacle by Jerzy Grzegorzewski, 1987. Photo
The Jerzy Grzegorzewski Section, which is a part of the Artistic Archive of the Studio Theatre, was officially opened to public in 2010, five years after the Grzegorzewski's death. It contains the most complete and the most studied collections of the Archive – the collection of Jerzy Grzegorzewski, a great figure of the Polish theatre. The legacy consists of personal notes of the director, photographs, and video recordings documenting his plays, as well as a vast collection of press snippets and reviews of his work. Some of these documents have been digitalised and are available on the Section’s website, together with commentaries and critics’ texts on Grzegorzewski’s works, written by young theatrologists. Mateusz Żurawski is working on another publication based on the documents from the Section. The Section closely cooperates with Zbigniew Raszewski Theatre Institute, an institution based in Warsaw, documenting the history of modern theatre.
Skaityti visą 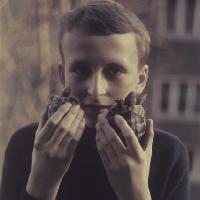 "Family" - photographic series
The photographic series "Family" is a testimony of life of Zamecznik's family (his two sons and wife) in the 1960s. It is distinguished by spontaneity, intimacy, and delicacy.
Skaityti visą
"Freiheit? Nein, danke!", 1988. Film

The 1988 Freiheit? Nein, danke! is one of the most prominent creations of Łódź Kaliska, and a breakthrough work in the career of the artists. After the ties brining together the wider community of the Pitch-In Culture had dissolved, Łódź Kaliska members focused on collaboration among each other, and moved from their previous anarchistic, art-world-contesting stance towards a postmodernist play of quotations, pastiche, and borrowed meanings. In 1987 the group entered into possession of a video camera, which allowed it to record performances for camera, document events and recreate previously unrecorded actions. It was at that time that the now iconic stagings of classic works of art were created, along with the famous Freiheit? Nein, danke!, a jocular reconstitution of Eugene Delacroix's Liberty leading the people.

Nonetheless, this work represents more than just a simple joke on the art history canon. Its perverse title — to add fuel to the fire in German, which at that time in Poland could be interpreted as a purposeful provocation — reflected the years of struggle of Łódź Kaliska against the aporia of liberty in the field of art. Subsequent experience in creating “embarrassing art”, “idiotic art”, “unfocused art” etc., conceptualised in numerous theoretical texts, have led the artists to believe that any violation of artistic conventions, insult to audience, as well as disdain for art institutions, and creation of intentionally trivial, mediocre, and pointless works, will sooner or later be absorbed by the art system. Acts of resistance belong to the domain of art, and it is in accordance with its rules that they are interpreted. Artist’s liberty may seem very ample but it stems from the very status of the artists and their works (similarly, in Łódź Kaliska’s view, there is no freedom from society). Thus, the idea of freedom in art seems to be naïve or false — that is why Łódź Kaliska artists decided to make do without such freedom.

Freiheit? Nein, danke!is a rejection of liberty offered to artists by the society, in a deliberate, bantering, frivolous, and immature act. As a paradox, if anywhere, it was in those brief moments of antics, shenanigans, immature jokes, frolics, and mischief where Łódź Kaliska saw freedom, and again, paradoxically, it was burdened with great solemnity and tension, in spite of the festive and ludic atmosphere. The film serves as a testimony: the artists are fooling around in front of the camera, pushing each other out of the frame, frolicking, making faces, waving around their genitalia.

The film shot by Andrzej Kwietniewski (according to his and Marek Janiak’s concept) accompanied the creation of a photograph by the same title. The photograph was displayed in 1988 during the Polska fotografia intermedialna exhibition, a major event at the Art Exhibitions Bureau (BWA) in Poznań. In front of the large-format photograph, a nude female model was placed, around whom Łódź Kaliska artists continued with their actions, such as colouring elements of the photograph, or adding humorous slogans. The event attracted the attention of the visitors and gained recognition among at least some of the critics, e.g. in Poznań Krzysztof Jurecki expressed a positive opinion on Łódź Kaliska. However, there was a scandal too: during the dinner, the members of the group threw a pork knuckle in the direction of the table where Andrzej Lachowicz and Urszula Czartoryska were seated.

The altered, repainted version of the 1989 photograph, known by the title The Bull Man is currently in the depository of the Museum of Modern Art. 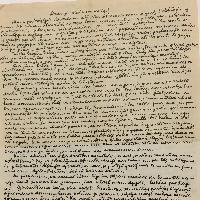 An open letter written in January 1965 by Knuts Skujenieks from the prison camp was addressed to his writer colleagues. He asked them not to keep silent about his fate, because ‘culture does not exist without its carriers, and it is important to fight for them, and not to contribute to their moral and physical annihilation.' The letter is a statement of Skujenieks' civic position, a protest against inertia and the fear in Latvian society. It was perhaps too bold for the political climate of Latvia, because it presented evidence that in prison Skujenieks became spiritually more liberated than his colleagues who enjoyed physical freedom, although it has to be admitted that the spirit of resistance of the younger generation of writers in Latvia in the 1960s was stronger than in the 1970s. Official discussions by the Writers' Union in 1965 and 1968 of the poetry he wrote in Mordovia testify to this. 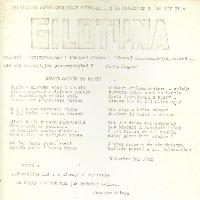 "Gilotyna" magazine
“Gilotyna” was one of the first independent youth magazines in Polish People’s Republic. Initially, since 1980, it functioned as a satiric wall newspaper, edited by pupils from the 1st High School in Gdansk. After a year, it started to be published as a newspaper - independently copied and disseminated. It was edited by Janusz Waluszko, Krzysztof Skiba, Wojciech Lipka, Michał Skakuj i Maciej Kosycarz. In 1983 Waluszko and Skiba became one of the co-founders of the Alternative Society Movement – the first post-war anarchist organisation in Poland, and the most important magazine in this environment was “Homek” (the title is a diminutive of the Latin homo – it was supposed to emphasize their perspective of a single man standing against the big history and politics). The preceding “Gilotyna” did not have a visibly anarchistic character, however it included a lot of radically political content. It was an independent, bottom-up, youth initiative of the pupils who sympathized with the democratic opposition, yet did not identified with any particular group.
Poznan Anarchist Library in Rozbrat owns both the first issues of “Gilotyna” and “Homek”, as well as many other underground magazines on politics and culture.
Skaityti visą
46 - 50
«« ankstesnis puslapis 1 ... 6 7 8 9 10 11 12 13 14 ... 210 211 kitas puslapis »»