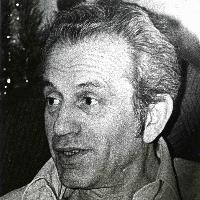 Jiří Lederer (1922-1983) was a Czech journalist and publicist, one of the most prominent journalists during the "Prague Spring" in 1968. In the 1970s he participated in the work of the Czechoslovak opposition and was one of the first signatories of Charter 77. During the 1970s he was imprisoned several times. In 1980 he went into exile. The collection mainly contains materials and notes from the period around the Prague Spring.