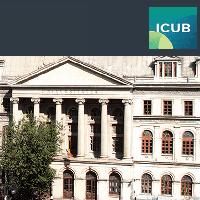 ICUB - Research Institute of the University of Bucharest

ICUB - The Research Institute of the University of Bucharest is a newly established research institute, a research division of the University of Bucharest. Its mission is to promote excellence in research and to encourage international collaborations. ICUB is organized in four divisions: Earth, Environmental and Life Sciences; Exact Sciences; Humanities; Social Sciences. The Social Sciences Division aims to promote "smart" research, to build a state-of-the-art research infrastructure within our university and provide scientific evidence for public policy decisions. Our mission is to promote interdisciplinary and internationally-oriented research projects in such domains as law, public administration, business, sociology, political science, international relations, psychology, journalism and communication.

IHLIA LGBT Heritage (formerly known as International Homo/Lesbian Information Centre and Archive – IHLIA), is an international archive and documentation center on homosexuality, bisexuality and transgenderism. It collects, preserves and presents to the public all kinds of information in the field of LGBT. IHLIA curates the largest LGBT collection of Europe. ŠKUC LL's Lesbian Library and Archive donated copies and/or some surplus originals of its most important and representative documents, magazines and other materials that are part of its collections.

The Institute for the Investigation of Communist Crimes and the Memory of the Romanian Exile (IICCMER)  is an institution established in 2005 under the coordination of the Romanian Government. The initial title of this governmental structure was the Institute for the Investigation of Communist Crimes in Romania (IICCR). The current institution is the result of the merger in November 2009 between IICCR and the National Institute for the Memory of Romanian Exile (INMER). The main purpose of IICCMER is to investigate and identify abuses and violations of human rights during the communist regime in Romania and to notify the official bodies to take action in these cases and to preserve the memory of the Romanian exile through the archiving, researching and publishing of documents related to the Romanian exile community from 1940 to 1989. IICCMER is divided into the following departments: Communist Registry Analysis Service, Romanian Exile Compartment, Education and Memory Office, Special Investigative Office, Library-Archives Division, Financial-Administrative Compartment, Human Resources Department, Secretariat-Communication Department. The management of the Institute is provided by 5 persons, who are in the positions of: chairman of the Scientific Council, executive president, vice president, general manager, and secretary general.

IICCMER hosts more than 30 archival units with a historical-documentary character, coming from personal donations and acquisitions made by the Institute. The documentary archive brings together the following personal and institutional fonds: Sanda Budiș, Mircea Carp, Lia Constantinescu, Dan Costescu, Ștefan Delureanu, George Dumitrescu, Ion Dumitru, Victor Frunză, Victor Frunză (with documents from Mira Moscovici and Vasile C. Dumitrescu), Constantin Eretescu and Sanda Golopenția, Eftimie Gherman, Ștefan Gane, Valentin Hossu-Longin, George Emil Iliescu, Vasile Iliescu, Constantin M. Mareș, Leonid Mămăligă, Fundația Iuliu Maniu (in the USA), Mihail Mărculescu, Adrian A. Niculescu, Elisabeth Păunescu, Corneliu Popescu, Teodor Laurențiu Popescu, Viorel Roman, Radu Dinu Săvulescu, Ion Solacolu, P.H. Stahl, Sanda Stolojan, Ioana Zamfirescu, Dinu Zamfirescu, and George Zăgănescu. Some of these fonds have been part of a digitisation process, in order to facilitate the access of researchers and public interested in the phenomenon of the post-war Romanian exile community. It is estimated that about 30,000 document files have been digitised, and they can be consulted online at: http://www.arhivaexilului.ro/ro/arhiva-online-a-exilului-romanesc/. IICCMER also hosts a book fonds of approximately 2,000 books at the disposal of researchers and all those interested. The book fonds contains volumes on a wide range of themes: history of ideas, theories and methods in history, universal history, history of Central and Eastern Europe, history of Romanians (modern and contemporary period), biographies, memoirs, journals, correspondence, Municipal Committee of the Romanian Communist Party in Braşov, and the Ghiță Ionescu archive. The IICCMER library is not a lending library. Books, journals and documents can only be consulted in the study room. 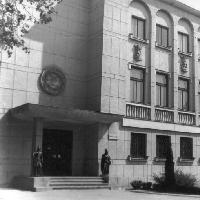 The Iași archives were founded on 1 January 1832, when the newly enacted Organic Regulation stipulated the creation of the State Archives of the Principality of Moldavia. Initially, the institution was under the jurisdiction of the Ministry of the Interior, and later it was transferred to the Ministry of Justice. From 1862, the Archives were subordinated to the Ministry of Religious Affairs and Public Instruction, and reorganised into the General Directorate of the State Archives. According to the revised regulations, the Archives in Iași became a branch of the State Archives in Bucharest. Starting with 1925, the activity of the Archives in Iași was regulated according to the provisions of the new Law for the Organisation of the State Archives. According to article 5 of the law, four regional departments were created: Cernăuţi, Chişinău, Cluj, and Iaşi, each headed by a regional director. The Iaşi Regional Department was in charge of the counties of Moldavia, apart from Bessarabia and Bukovina. Since 1951, following the application of Governmental Decree no. 472/1951, the State Archives have been subordinated to the Ministry of the Interior. During the communist period, the State Archives were organised according to Decrees no. 353/1957 and no. 472/1971. The latter was applied until the publication, on 9 April 1996, of the National Archives Act nr. 16/1996, which is currently in force. At present, the Iași County Branch of the National Archives operates in its headquarters at 26, Carol I Blvd., in a special building inaugurated on 11 June 1977. Currently, over 18.5 linear kilometres of documents are stored at the National Archives in Iași. These materials cover the period between 1362 and 1989, and are structured in several hundred archival fonds and collections, classified by various fields of activity, institutions, etc. The National Archives in Iași have a staff of twenty-two people (administrative personnel, senior and junior archivists). Visitors can consult a variety of research tools: a list of fonds and collections, archival inventories (in classic and electronic formats), catalogues, indexes, and bibliographical entries of the publications available in the documentary library. The archives contain various fonds of administrative, judicial, economic, industrial, cultural, church, military, educational, and social institutions, as well as personal fonds. The rich and varied documentary materials stored at SJAN are also relevant for studying the communist period at the local level.

Ideological Commission (1956 – 1965) was one of the working bodies of the Central Committee of the League of Communists of Croatia in the period 1945-1990. The League of Communists of Yugoslavia was the ruling political organization in the former Yugoslavia, of which the League of Communists of Croatia (LCC) was a part. The LC dictated the overall development of Yugoslav and Croatian society, and Party decisions were largely binding on the state and republic authorities and governmental bodies, as well as for mass political organizations. Party organizations in Yugoslavia, as well as Party organizations in its federal units, were managed by their central committees as the highest organs of the Party between the two congresses. To carry out specific tasks, LC CC established working bodies - permanent or interim commissions to deal with specific issues. One of them was the Ideological Commission founded in 1956.

The commission was composed of several members of CC LCC, headed by the president. The commission was a kind of successor to the Agitation and Propaganda Commission, whose task was to monitor the overall ideological work in Croatia in culture (film, literature, art), education (primary, secondary and higher education), science, sports, media (press, radio and television), the activities of religious communities, notably the Catholic Church, the Marxist education of LC membership, but also the cadres in the network of institutions under their control. The task of the Commission was also to suppress foreign propaganda by both Cold War blocks and also to monitor the highlight of national peculiarities.