18 rastos organizacijos ir grupės
Įrašų skaičius puslapyje:       1 2 3 4 kitas puslapis »»
Gallery of Szombathely
The Gallery of Szombathely is a city museum of fine arts.
Skaityti visą
Gardzienice Theatre
The Theatre Association „Gardzienice” – the Centre for Theatre Practices was founded as a theatre and performance group by Włodzimierz Staniewski in a small village Gardzienice near Lublin (Poland) in 1977. Since then, it has become one of the best known examples of experimental theatre, linking musicality, music, performance, and close relationship between the artists and the audience.
In the first period of its functioning, Gardzienice concentrated on the Middle Ages and folk tradition of Europe, i.e. in the "Evening spectacle" (1977) the group used Polish drama from Romanticism period, folk tales and songs, and Rabelais's book. Gardzienice’s most known performances include: “The Life of Archpriest Avvakum” (“Żywot Protopopa Awwakuma”, 1981) and “Metamorphoses, or The Golden Ass” (1997). Since the 1990s, the group concentrates on the Ancient Greek culture as a source of symbols and tropes in European collective imagination, as well as on using ethnographic and anthropological knowledge about different traditions, like the Carpathian region.
Skaityti visą
Gazeta Agency
Agencja Gazeta is a photographic agency based in Warsaw, holding rights to more than 8 milion photographs updated daily.
It is part of Agora media corporation, the owner of Gazeta Wyborcza, one of the leading daily newspapers in Poland.
Skaityti visą 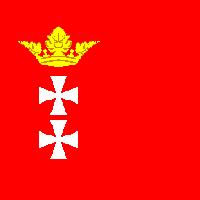 Gdansk City Council is a control and legislative body, which oversees the institutional organisation of the city of Gdansk. One of the Council prerogatives is to administer local cultural institutions.

Since many important events in the history of Polish democratic movement occurred in Gdansk, city's authorities support various projects intended to preserve the memory of Solidarity movement and other counter-systemic initiatives. In 2007 the Mayor of Gdansk signed the erection act of the European Solidarity Centre (ECS), which is a multi-purpose cultural institution, established to share the legacy of peaceful and united counter-systemic opposition. ECS leads several collections, based on gathered photographs, exhibits, and recordings.

Since 1951 the Head Office of the State Archives is managing national archives in Poland, operating under the Ministry of Culture and National Heritage.